During the first round of the 2019 SRO E-Sport GT Series at the opening round of the Blancpain GT Series in Monza, Kunos Simulazioni proudly announced that the full version of Assetto Corsa Competizione will be released on May 29th, 2019.

For now, keep on racing the early access version and enjoy the new ACC launch trailer. 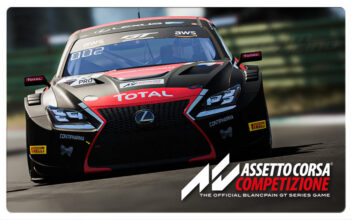