Older Sim Racing fans will remember the fearce battles between Formula One legends James Hunt and Niki Lauda. Younger racing gamers might recognize the cars from the Ron Howard movie “Rush”. Both the real live and movie story told a tale of heroism and rivalry between the two Formula 1 superstars.

Community member Pinor27 was inspired by the history of both the cars and drivers and decided to create a tribute video trailer using Assetto Corsa.

British racing driver James Simon Wallis Hunt was born on 29 August 1947 and died on June 15 1993. He won the Formula One World Championship in 1976 and retired from racing in 1979.  One of the most famous cars raced by James Hunt was the 1976 McLaren M23 F1 in which he won the World Drivers Championship.

Austrian former Formula One driver Andreas Nikolaus “Niki” Lauda was born 22 February 1949 and won the F1 World Championship in 1975, 1977 and 1984. He will forever be associated with the iconic Ferrari 312T F1.

Get your version at the Assetto Corsa Steam Page. 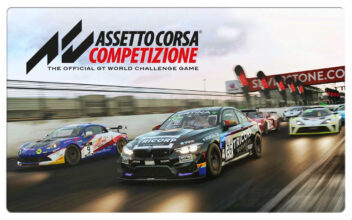