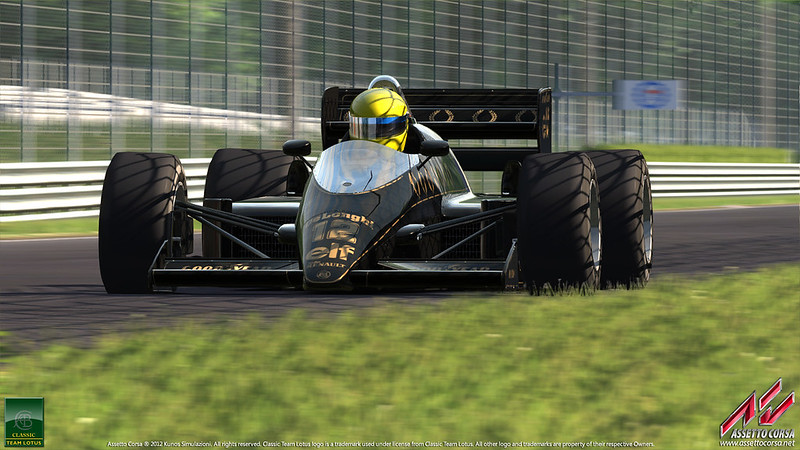 Kunos Simulazioni revealed that the next update of the Assetto Corsa Early Access version that is scheduled for 18th July, will already include some of the announced graphic engine changes. This will allow them to performs some tests before putting in the new algorithms.

The update will also include the long awaited Lotus 98T Formula One car. The Development team points out that this car might be a hand full to drive. This high powered car relies on massive downforce to keep it on the track. With this Kunos Simulazioni explains that the current AI might have some issues keeping a proper racing line. The Assetto Corsa Development team is working to improve AI interaction is hoping to include the AI enhancements together with the Lotus 98T.

The Lotus 98T was a development of the Lotus 97T of 1985. Of the four chassis built three were assigned to Ayrton Senna, now in his second year with Team Lotus, and one to team mate Johnny Dumfries.