Studio 397 has announced that the Mk1 Austin Mini Cooper S Group 2 will come to rFactor 2 as part of the 2022 Q3 August Content Drop.

The car will become available via the rFactor 2 Steam Store. Studio 397 confirmed that the Mini Cooper S will be offered as both standalone content, and as part of a wider DLC pack, of which the details have yet to be revealed. I will keep you posted when more info becomes available.

Developed to adhere to FIA Group 2 historic racing regulations, the mighty Mini is a unique car as you will find in the world of motorsports. Developed as a convenient city car for the road, and made famous by the Beatles in the mid-1960s, the Mini went on to be something of an unexpected success story in the world of racing, proving itself to be a more than capable racer in period and has since become one of the de facto ‘go to’ cars for a wealth of historic racing championships around the world.

Easy to maintain, chock-full of personality, and incredibly agile and fun to race, the Mini Cooper S is a perfect way for many drivers to introduce themselves to the world of racing, and have a bag full of fun in the process!

For this August update, we will be adding the iconic Mini to our roster of cars within the simulation – but we haven’t finished with Mini yet! In a future quarterly release, we plan to introduce the modern JCW cup car to the simulation as well, so before too long our drivers will have the opportunity to sample 60 years of development for one of the most enduring, and endearing cars in the automotive world.

This mighty Mini will be made available as part of the upcoming 2022 Q3 Content Drop for rFactor 2. The car will be available within the rFactor 2 Steam Store as both a standalone item and part of a wider pack, the details of which will be revealed closer to release.

As always with these quarterly updates, for those players wishing to purchase the full content offering, a complete ‘Q3 Pack’ will also be made available to purchase, containing the full offering of paid DLC as part of the August release.

Something a bit different, and a car that is sure to excite and enthrall our players in equal measure. Not long to go now until release, so don’t forget to stay tuned to our various social media channels, Discord, website, and forum to find out any further information about the upcoming rFactor 2 content drop for August – not long left to wait! 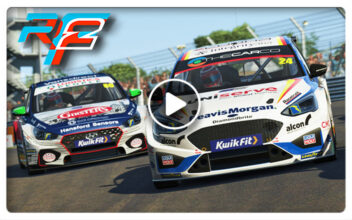 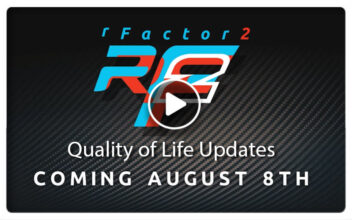 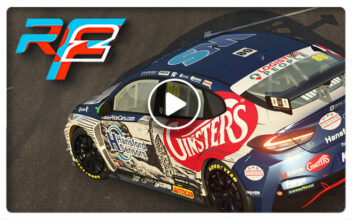