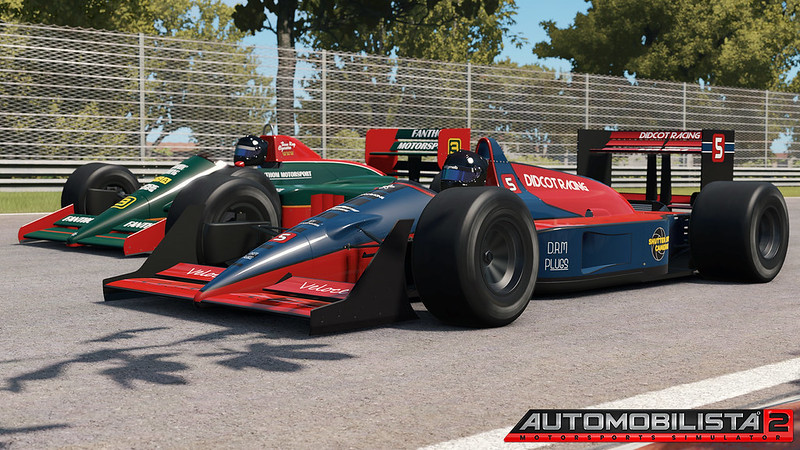 Reiza Studios has released a new public build Update for the Automobilista 2 Early Access title. Restart your Steam client to deploy the v0.8.4.0 AMS2 update which contains a welcome list of improvements and fixes.

The Brakes for all cars, including optimum temp ranges, wear, fade & failure properties have all been thoroughly revised according to the brake materials and specs of each car. These will address the brake failure issues from v0.8.3.2 and should hopefully provide more realistic wear and more “feel” on some cars.

The custom date option has been temporarily removed from session options, now sessions will always run on default date for that track – with that we have also addressed the bug that would cause a new track selection to retain the default date of the previous track, which could be particularly problematic when for example the user switched from a Brazilian track with a December Summer default date to a European track, leading the latter to load with winter weather and temperatures with a fairly big impact on physics that the user wouldn´t have an obvious visual cue for. The next step will be to add a custom season option along with seasonal foliage (which besides the added visual variety will provide the visual cue for different temperatures). Option to customize date may be added at a later stage once we have more systems feeding correctly from such a specific setting.

Force Feedback – We have included an additional “New Default” profile featuring several Force Feedback developments, as an option to the “Old Default” profile in the FFB UI – those with existing game settings will remain with “OLD” until they opt to switch to “NEW”. As the Gain, Low Force Boost and FX sliders work quite differently in the “NEW” profile, we want to give people the chance to opt in to the new once they have understood how the Sliders may need to be adjusted.

The main differences with “New Default” relate to the Low force Boost slider. and how it interacts with the Gain slider.

In AMS2 the “Old Default” profile, Gain slider was a confusing device as overall output FFB path was setup badly, with Low Force Boost applied after Gain slider – this was problematic as essentially then you have as many combinations of what happens with the signal as there are settings on Gain slider, leading to big inconsistencies (this explains some of the difficulties users had found a good all-around FFB setting that worked well with all cars, especially on more powerful wheels).

With the “New Default” profile, Low Force Boost is applied before Gain slider, leading to more consistent behavior – it is now factored in the same order as AMS1.

Sample of differences in LFB curve with OLD vs NEW profile: 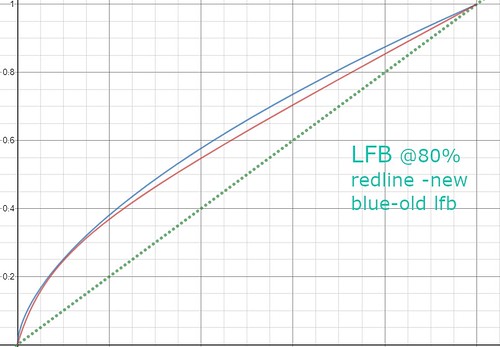 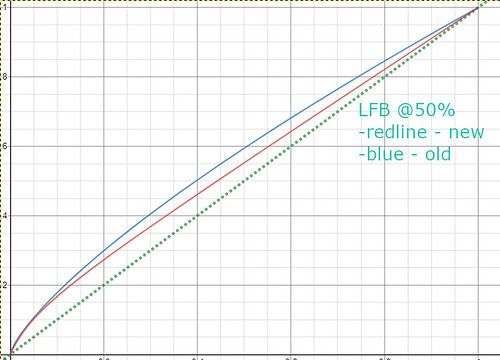 In the next build, we will be adding further functions, including an updated tyre scrub formula & a minimum force configuration. Future builds will see a custom FFB multiplier per car so that users can fine-tune each car to their preference. Once these and some other minor adjustments are completed, we believe AMS2 FFB will be ready for v1.0 release and by then “old” default profile will have been completely phased out.