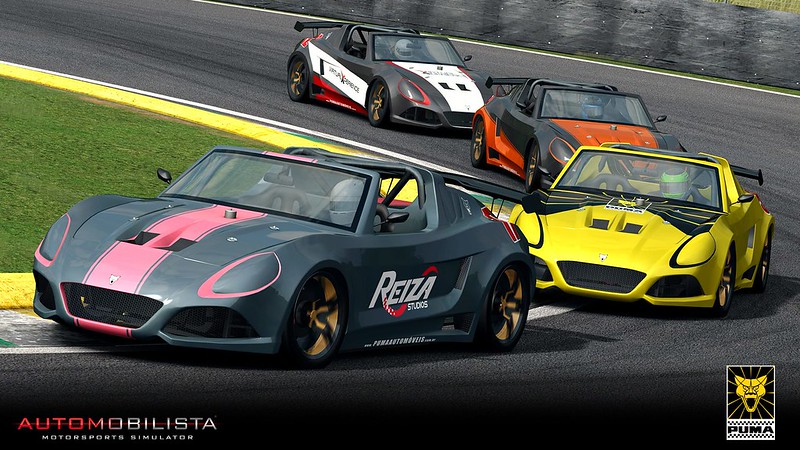 Reiza Studios has shared a new set of preview screenshots showcasing the Puma P052, GTB, and GTE models soon to be released for their Automobilista racing simulator. The Puma P052 and Puma Lumimari models will be added as free base game content, while the Puma GTB and Puma GTE will be added to the Brazilian TC Classics DLC.

Back in November, Reiza Studios proudly announced that they had partnered up with Sports Car manufacturer Puma Automóveis. The Brazilian Puma Sports Car manufacturer built cars from 1964 until roughly 1995 and was also producing trucks from 1978 to 1999. The company then resurfaced in 2013 under the “Puma Automobiles” name and began manufacturing the racing ready Puma 52 and the Puma GT 2.4 Lumimari.

To celebrate the return of the Brazilian brand, Reiza Studios will be bringing four models of the Puma Automóveis brand to Automobilista. The Puma pack DLC is scheduled to become available by Christmas.