Codemasters will bring the GRID racing game franchise back to the Xbox One, PlayStation 4, and PC on 11 October 2019. Codemasters promised fears racing on four continents, in different game modes such as Circuit, Street Racing, Oval, Hot Laps, Point-to-Point, and World Time Attack. You will be able to drive a variety of cars including GT’s, Touring cars, Stock Cars, Muscle Cars, Super-Modified and more.

GamerMuscle now shared with us his first gameplay impressions of the upcoming Codemasters Simcade racing game. Keep in mind that the video does not represent the final product, but is a pre-release version.

Over 70 of the Most Iconic Cars Ever Raced – Race the greats, both current and classic, across a huge array of vehicle classes. Modern greats such as the Porsche 911 RSR and Ferrari 488 GTE in the GT class to classics including the Ford GT40 and Pontiac Firebird Modified are all available to race to their limits.

Create Your Story, Define Your Legacy – Choose from six main career paths all leading to the GRID World Series, plus additional Showdown events.

The Fernando Alonso Challenge – One of the most successful racing drivers of the modern era across F1, Endurance, and Stock racing, Fernando Alonso joins GRID as Race Consultant and his Renault R26 car features in-game. Complete his challenges and earn the right to race Alonso himself.

Six Exciting Race Types – Challenge yourself across various modes in-game, as well as an event/race creator:

Racecraft – An innovative moment-to-moment scoring system that rewards players for technical, skillful, or brave racing. Players can earn points from teammates, rivals and nemesis drivers to improve their score both offline and online.

Impactful Damage Systems – Affecting both players and AI racers, GRID’s damage builds on Codemasters’ class-leading damage system to visually and mechanically change your race. The damage will affect visuals as well as handling, with potential for terminal damage.

Player Progression – Earn experience through racing and Racecraft to level up and receive rewards. Players get rewarded with Prestige, Player Cards, new team-mates and achievements throughout.

Get Competitive Online – Race in either Quick Match or use the online event creator and take your racing to the next level, either in a public game or with friends in private races. 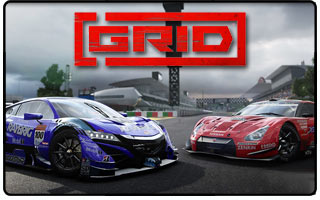 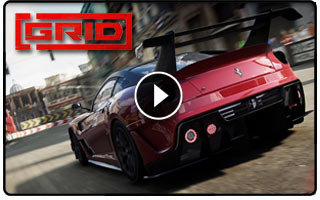 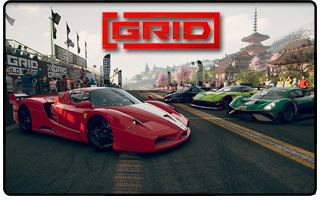 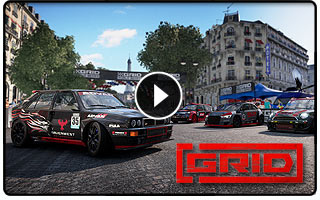