One of the main highlights of this update is the newly added Mercedes-Benz Actros truck bringing the Mercedes brand to Euro Truck Simulator 2. While the in-game model is already very solid, the development team is planning further tweaks and tuning options for the new vehicle. Besides the new Actros, the update is also featuring improved vegetation, new trailer skins, an updated radios list and over a thousand minor fixes in models and maps.

For Steam users, the V1.18 update will be an automated process while retail users will have to use the ETS2 Updater tool to sync their game to the latest version. 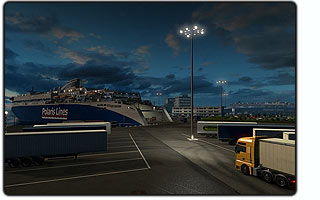