Marcel Pfister produced a new video in his Mixed Reality VR Series, taking a first look at the McLaren GT3 wheel rim by Fanatec. Marcel introduces the new wheel and takes it for a test drive around the Australian Bathurst Mount Panorama circuit.

Marcel Pfister creatively uses his Oculus Rift VR headset and a green screen to blend in the virtual with the real world, resulting in some rather spectacular videos. When Marcel published his first video, it became an instant viral YouTube hit within the sim racing community. For those who missed the previous Mixed Reality video’s, just check them out here.

The Fanatec McLaren GT3 wheel is a replica of the original steering wheel used in the McLaren GT3 racer and features all the switches, paddles, dials from the real-world GT3 wheel rim. With this new wheel, Fanatec also introduces its first ever dual-clutch system with analog clutch paddles and rocker type shifter paddles. The paddles are made out of anodized aluminum and feature a snap-dome function. The Dual-clutch system’s bite-point mode allows you to determine the optimal bite-point before the start of the race and utilize the perfect start every time.

Furthermore, the McLaren GT3 wheel introduces a new exchangeable Quick Release system which let you upgrade the included simplified CSL Quick Release for the optional ClubSport QRA in no time. The Allen key for the CSL QR is stored on the wheel. 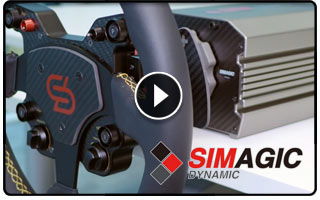 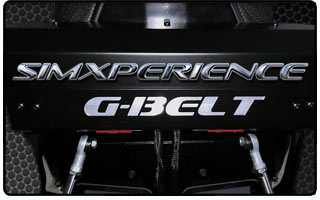 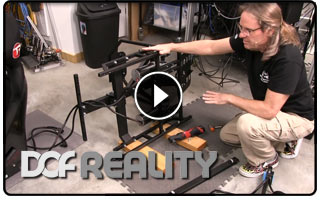 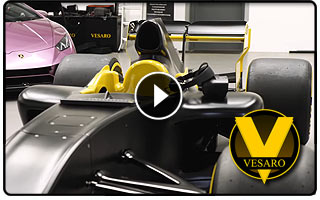