A few months ago, Logitech and G2 pitched the idea to Fernando. He now states he believed it was the right time to get involved in the popular world of gaming. With this announcement, Alonso has become the first Formula 1 driver to branch out into eSports. The G2 sim racing team will compete in various racing series on a multitude of platforms and categories.

Alonso said: It is very exciting, and it is a completely new thing to discover. I think esports in other formats has been very successful, but in racing it is at the very beginning, and I think huge potential will come.

I am happy to be one of the first investing in this direction and I think good and fun times are coming – not only for us, but for gamers at home and for fans.

The fans will play a key role in my world and they will drive for my team maybe one day. I think we all have a gamer inside us, and competition is no different. I am extremely happy and there are unlimited possibilities in our team. An elite team, professional team, racing in the best races in the world – especially here in the F1 championship, but not only here – in Rfactor, the world’s fastest gamer from McLaren, in the E-simulators, and that is something we will explore with time.

In essence, this should be exciting news for sim racing in general. Time will tell if this is the real deal or just another PR stunt of the Formula 1 organization trying to encourage more young people to embrace the real world Formula 1 championship.

The last few years, the viewing numbers of the FIA Formula 1 broadcasts have been in steady decline. Various media analysts have already explained that in order to rectify this, the Formula 1 organization will have to try to connect with the young and possibly future audience.

The ever growing gaming scene, the huge eSport budgets, and their interesting business models have now finally made the real world racing scene notice. So fingers crossed. Money makes the world go round, but it can also do some damage in the process. Let’s hope this is not the case for the sim racing world as we know it.

Professional teams are critical to sustaining the phenomenal growth of esports and to simulation racing in particular. Through this collaboration, FA Racing, G2 Esports and Logitech G become the first racing team to partner with an F1 champion, and aim to create a team that all sim racing enthusiasts will aspire to. The team is pleased to confirm that Cem Bolukbasi, a finalist in this year’s F1 esports championship taking place in Abu Dhabi this week, has already signed up.

“Every Formula 1 driver is a gamer at heart,” said Fernando Alonso. “Competing on the virtual stage opens a vast amount of possibilities for young drivers that wouldn’t otherwise have a chance to get into racing. For the first time ever, fans are no longer just spectators but can take part in the game and maybe become real e-drivers on my team. I cannot think of better partners than G2 Esports and Logitech G to start this up with and I am raring to get going!”

“Logitech G has played an important role in supporting the development of esports since 1997,” said Kristian Tear, head of EMEA at Logitech. “We are excited about this partnership with G2 Esports and Fernando Alonso and look forward to working together on building new driving programs and the best gear for professional racing.”

G2 Esports CEO Carlos ‘ocelote’ Rodriguez said: “Combining my two early passions for esports and motorsport to create an elite team headed by a two-time Formula One World Champion and living legend is a childhood dream for me. This partnership brings the competitive part of racing to a new level and I am proud to lead the efforts in such good company.”

I was shocked – in a good way – when I found out the participation numbers and the online viewership of esports competitions. It’s massive, so me and my crew have to be there, doing our best to be a lighthouse to connect our two fantastic worlds… traditional motorsport fans and the new generations that develop their skills every day in sim racing.”

Pushing boundaries and reaching the incredible is something one could say about Fernando Alonso. After establishing the passion for karting at young age, in 1996 he proved his ambition and skill becoming world karting champion. His talent was soon noticed and he started his long-lasting Formula One relationship. In September of 2005, 24-year-old Fernando won the Formula One World Drivers’ Championship title becoming the youngest holder of the title at the time and defending it in a consecutive year. Currently, Fernando is racing for McLaren-Honda. He is the only Spanish driver to have won a Formula One Grand Prix and is the driver with the sixth highest number of Grand Prix wins, 32.

This year seems to be the year of new beginnings for Fernando Alonso. In May he tried himself as a racer outside Formula One and made his debut in Indianapolis 500 earning the Rookie of the Year award. Shortly after the famous racer introduced his new fashion brand KIMOA, which will also be represented in the FA Racing G2 Logitech G apparel.

Logitech G, a brand of Logitech International, is the global leader in PC gaming gear. Logitech G is dedicated to providing gamers of all levels with industry leading keyboards, mice, headsets, mousepads and simulation products such as wheels and flight sticks – made possible through innovative design, advanced technologies and a deep passion for gaming. Founded in 1981 and headquartered in Lausanne, Switzerland, Logitech International is a Swiss public company listed on the SIX Swiss Exchange (LOGN) and on the Nasdaq Global Select Market (LOGI). Find Logitech G at www.LogitechG.com, the company blog or @LogitechG.

G2 Esports is a World Premier Esports Club representing some of the best competitive players around the globe. G2 Esports was founded in 2013 by Carlos ‘ocelote’ Rodriguez, a former star player in League of Legends. It was built with the desire to bring innovation into esports team management and business whilst upholding our core values of integrity and professionalism. Currently G2 Esports is represented by 12 teams across the biggest esports titles, including League of Legends, CS:GO, Hearthstone, Rocket League, PlayerUnknown’s Battlegrounds, Vainglory, Paladins, Smash Bros. Melee and the newly added Sim Racing squad.

Despite being a rather young organization we have a remarkable track record of competitive success, outperforming a long line of established esports clubs: 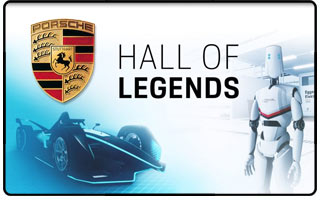 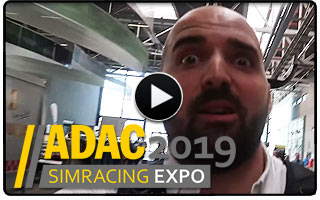 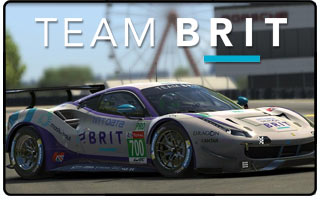