One of those events was round 4 of the 2016 FIA World Endurance Championship race at the German Nürburgring. Sim Racer Philipp Schalli visited the event and noticed that there were already promotional sim rigs on display, featuring a race at the Assetto Corsa Nürburgring track. 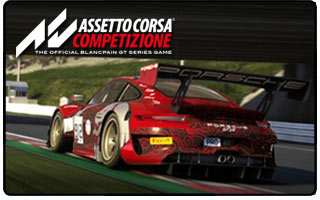