During the December community stream on the Mixer Media Channel, Turn10 Studios revealed a few details of the next game in the Forza Motorsport franchise. (Find it at the 57:30 mark)

While not confirming the name Forza Motorsport 8, Turn 10 Creative Director Chris Esaki revealed that the developers recently performed a “first studio-wide playtest” of the upcoming racing title and said that the overall product is a vastly different and amazing experience in comparison to previous iterations of the game.

Chris teased some of the new features that will be present in the new installment of the game, mentioning a new tire model, a new tire pressure mode, a new way to let heat interact with the tire pressure, dynamic track temperatures, dynamic rubbering-in of the track, a new atmosphere pressure system that accurately has pressure affecting things like air density affecting tire dynamics and power, an entirely new suspension system with new suspension modeling.

After this basic list of upcoming features, Chris mentioned that he probably forgot about 15 features that are currently in development.

He stated that Turn10 Studios will reveal more details about the game next year. 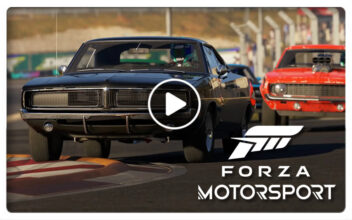