It’s time for some more game spotting. The game we are introducing is a simulator of a different kind that might be of interest to tech and petrol-heads around the world. I would not even mind getting this as a Christmass gift.

Alec Moody aka Digital Mistake is a freelance video game artist specialized in modeling mechanical objects. In the past, Alec worked on quite a few popular racing titles we may be using on a daily basis. Recently Alec proudly announced he started working full-time on a prototype game concept of his own titled Wrench The Game.

Wrench The Game is a Virtual Reality Car Mechanic game that could help you learn some techniques used in road and racing vehicles development when preparing cars for motorsports. The game is being developed using the UnrealEngine and will be aimed at the VR market. Nevertheless, the game will also be usable for normal screen use. The title will simulate the assembly of various automotive parts and will also provide virtual versions of the tools needed, such as ratchets, combination wrenches, impact tools, pry bars, torque wrenches, a shop press, and more. Keep in mind that all captured footage and media are work in progress.

Wrench the game will be available in Early Access on the Steam Platform starting 19 December 2018. 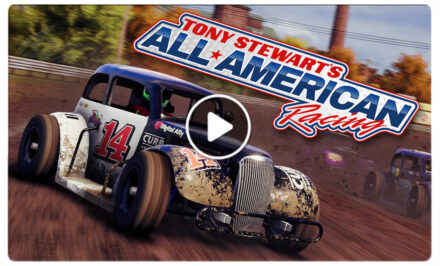