The new ‘Podium Series’ hardware will become Fanatec’s highest range of products positioned above the ClubSport Series. The ‘Podium Series’ products will be compatibility throughout the whole product palette. With this new product line, Fanatec tries to set new standards in terms of functionality, performance, and durability while retaining compatibility and a great price performance.

The Podium Series event was held in the Haeusl’Air Flightschool hanger at the Landshut Ellermühle airfield in Germany, where Fanatec invited a selection of famous, and lesser known Sim Racing enthusiasts to test and compare the new Fanatec DD1 and DD2 Direct Drive wheel flagship products to other comparable high-end wheelbases on the market.

One of the invited guests was the British “drink Tea and Drive” sim racing celebrity, James West, aka GamerMuscle. In his usual entertaining style, spiced up with some Top Gear flavor, James shares his first impressions after testing the new DD1 and DD2 Podium Direct Drive Series wheels.

We are already looking forward to a full-blown GamerMuscle review of the wheel in the near future. 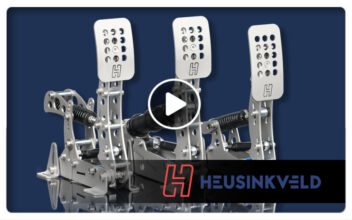 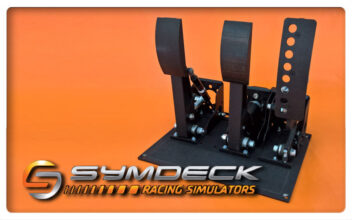 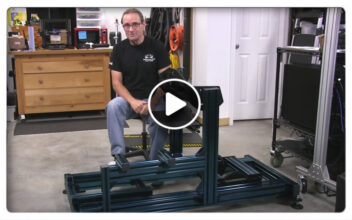