Fans of both futuristic and classic cars will be catered for with the Red Bull X2019 Race Car, the 2018 BMW M2 Competition, the 1978 Ford Sierra RS 500 Cosworth, and the 1996 Nissan Silvia K’s Aero (S14). On the track side of things, the new update adds the North American Road Atlanta Track. Furthermore, The ‘Road Atlanta’ and ‘Illumination’ locations have been added as featured curations in Scapes.

Check the full changelog below for more details.

2. Three new cars, including iconic FR Sports that have thrilled drivers throughout the decades, are now available.

The Michelin Raceway Road Atlanta, a historic U.S. road course built in 1970 and located just north of Braselton, Georgia, is renowned for hosting touring car and prototype car races. It also serves as the venue for the 10-hour Petit Le Mans endurance race.

This technical course features a series of high-speed corners that requires full-throttle acceleration and hard braking. It’s tight and has dramatic elevation changes, which result in several blind corners. Overtaking must be performed here with caution.

4. “Illuminations” and “Road Atlanta” have been added to Curation in Scapes

3. World Map
- A number of events and a specially themed map have been added to celebrate the 25th anniversary of the Gran Turismo series. Please check the “Announcing the ‘Gran Turismo 25th Anniversary’ and ‘World Finals’ Celebration Campaigns!” article for further details.

The new Extra Menus will appear after clearing Menu Book No. 39 (‘Championship: World GT Series’) and having watched the ending.

8. Scapes
- The ‘Road Atlanta’ and ‘Illumination’ locations have been added as featured Curations in Scapes.

9. GT Auto
- 23 new paint colors have been added to the Real Car Paint section of the Paint Shop.

10. Multiplayer
- Qualifying and Grid Start features have been added to Lobby.

11. Showcase
- A new ‘Popular Users’ category has been added to the Discover section;
- A list of players who have ‘Liked’ or ‘Reposted’ a User Generated Content can now be displayed in said content’s details section;
- Christmas songs have been added to the music tracklist.

2. Race Screen
- Fixed an issue wherein setting ‘Show Race Info’ to ‘Off’ in ‘Display Settings’ would cause options such as tyre menus to not display on pit-in.

3. Showcase
- The ‘Content Type’ function has been changed from a dropdown menu to buttons. This also applies to the gallery function on ‘My Page.’

4. Penalty Line
- The location of the Penalty Line has been adjusted for the following tracks:
・Deep Forest Raceway – Reverse
・Trial Mountain Circuit – Reverse

5. Braking Areas
- The braking areas on Trial Mountain have been adjusted. 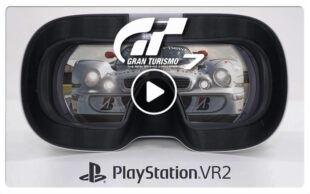 Gran Turismo 7 Coming To The PS VR2 At Launch 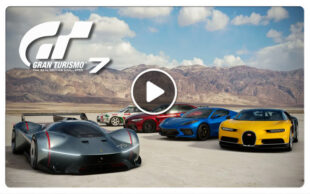