iRacing deployed the 2021 S1 patch 1 for the online racing service, containing some updates and fixes for the 2021 Season 1 Release.

Besides performing the usual maintenance, the update introduces the new iRacing Superspeedway track, also known as the Coca-Cola Superspeedway.

The Coca Cola company is currently the official sponsor of the iRacing NASCAR series. However, it seems that iRacing decided to release the track leaving out the sponsor’s name. This could be the result of a delayed brand approval, and therefore, the track may be renamed to Coca-Cola Superspeedway at a later date.

– Scrollbars have been updated.
– – A new look, and the main window scrollbar has been inset slightly from the right-hand frame of the application window so you can click & drag it more easily.

– Scrolling performance has been optimized.

– A direct link to the Membersite Forums has been added to the sidebar menu.
– – The link previously found under the Helmet menu has been removed.

– Fixed an issue where some windows could jitter slightly.

– Fixed an issue where the 3D Car Viewer could malfunction when UI Scaling was set to any value other than 100%.

– Fixed an issue where the 3D Car Viewer would display in an incorrect color space when displayed on an HDR screen.

– Fixed an issue where the iRacing UI was causing Oculus Home to start.

– NEW TRACK!
– – A relic from an older computer age has been reborn!
– – – Enjoy a trip down memory lane and a piece of sim racing’s heritage with iRacing Superspeedway, making its debut on iRacing for the first time just in time for the 2021 season. First conceived as a fictional arena for previous-generation NASCAR Cup Series cars to run without restrictor plates, reaching speeds much higher than they would in the real world, this refreshed version of the circuit brings it to life for iRacing’s entire fleet of diverse racing machines. Spanning three miles in length and with massive banking of more than 30 degrees in the turns, iRacing Superspeedway requires a lead foot and precise inputs to master. It’s all about keeping the wheel as straight as possible to maximize your speed and staying in the draft during the race. But as with any superspeedway, one wrong move can be the end of the race for you—and a huge group of your competitors.
– – Add iRacing Superspeedway to your digital landscape from the iRacing Store here: https://members.iracing.com/membersite/member/TrackDetail.do?trkid=384

– Some gain-time checkpoints have been added to prevent course cutting at Turn 4. 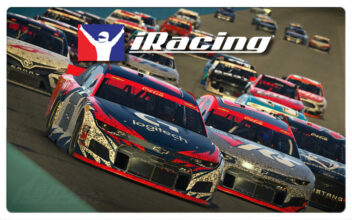 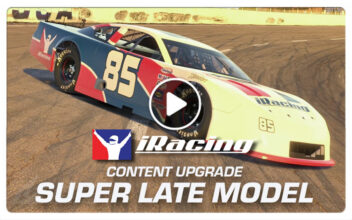 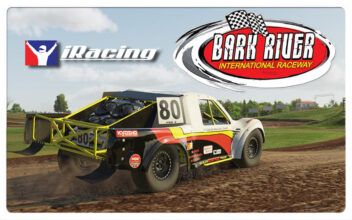