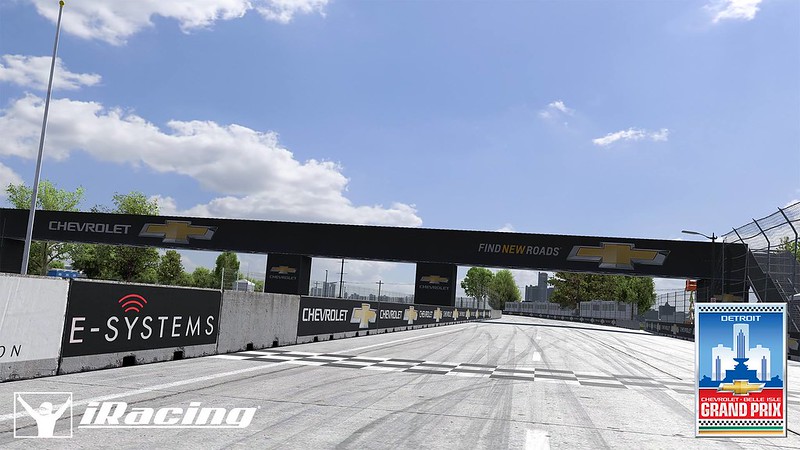 A few years ago, iRacing started working on a laser scanned version of Long Beach which should have been their first real street course release. However, due to the size, complexity, and workload on the trackside objects, the iRacing version of the track only made it to the “Tech Track.” list. This is a completely driveable version of the track but isn’t complete in terms of artwork.

Now the iRacing development team is working hard on the Belle Isle Street Circuit, which is their second attempt to bring a full-blown street course to the iRacing Online racing service. Located on Belle Isle in Detroit, Michigan, this temporary street circuit winds through Belle Isle Park and has 14 corners at 2.360 miles / 3.798 km in length.

Out of all American street courses, Belle Isle had the most potential to end up on iRacing due to the lack of buildings and complex objects around the track. Currently, the development of the Belle Isle Street Circuit is well underway and is scheduled to be released in June.