iRacing has released the BMW M4 GT3 for their online racing service as an Early Release model.

The new virtual BMW M4 GT3 is available to iRacing members as an “in-development” car, that will receive a comprehensive set of updates during the coming months. The final version will match its real-world counterpart.

Revealed at BMW Sim Live in early December, the new car will compete in GT3 series around the world in the coming years, and will also run in iRacing’s corresponding official series and special events. The iRacing model of the M4 GT3 is developed in partnership with BMW Motorsport who provided iRacing with over 70 GB of data. BMW Motorsport stated that they are using the same set of data to operate its official BMW Motorsport simulator.

In the meantime, German Sim Racing Peripheral manufacturer Fanatec and BMW Motorsport have officially announced the new Fanatec BMW M4 GT3 wheel. For the first time in sim racing history, a steering wheel has been developed simultaneously for both real and virtual racing. In collaboration with BMW Motorsport, Fanatec engineered the Podium Steering Wheel BMW M4 GT3 to be compatible with their Podium ecosystem, while meeting the requirements for the real world 2022 BMW M4 GT3 race car, resulting in a sim racing product that is not a replica, but in fact the real deal. 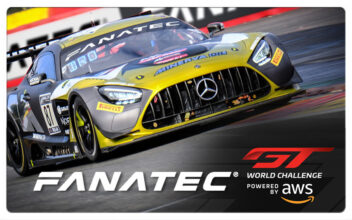 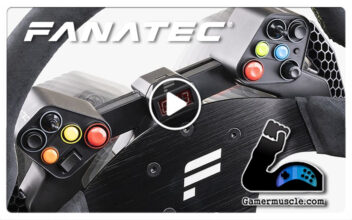