With the 98th running of the Indianapolis 500 closing in, iRacing announced that the new Dallara DW12 IndyCar will be released in time for this big race. This Monday to be exact. To get all iRacing members exited, the iRacing staff posted a preview Render of the premier American Single seater.

The Dallara DW12 is developed and produced by Italian manufacturer Dallara for use in the 2012 IndyCar Series season, and debuted at the 2012 Honda Grand Prix of St. Petersburg. The older Dallara IR-05 chassis was in urgent need of replacement.

The chassis was named after British Indycar 2005 Champion, Dan Wheldon, who was sadly killed at Las Vegas Motor Speedway on October 16, 2011. Dan was also the original test driver of the newly build Dallara DW12 chassis. 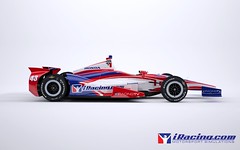 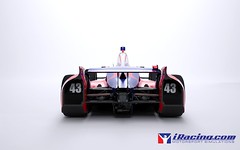 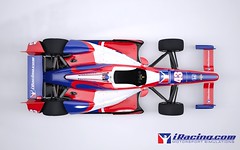