When last week IRacing released their 2021 Season 2 build release notes and called a preliminary version, many iRacing members already suspected that the online racing service had something up their sleeve. Some cunning members even reported that the paint template pack contained a surprising unannounced car. Today it became clear that they were right.

Two days after deploying the new build, iRacing has released new content in the form of the McLaren 570S GT4. This car will strengthen the GT4 class alongside the already available Porsche 718 Cayman GT4 Clubsport, and the BMW M4 GT4.

The McLaren 570S GT4 is build up around a McLaren carbon fiber MonoCell II chassis with an aluminum front and rear frame and crash structure. The car is powered by a McLaren designed and developed 3.8-liter (3,799cc) / Twin Turbo V8 M838TE engine carried over from the 570S road-going Sports Series model. In unrestricted form, the M838TE engine can deliver 562bhp or 419 kW @ 7500 rpm. All this power is transferred to the rear axle via a  seven-speed seamless shift Sequential Gearbox. 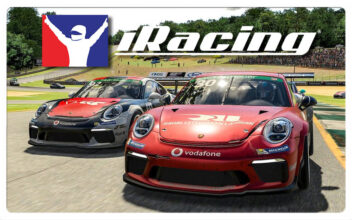 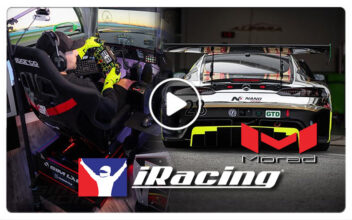