Unicorn Reviews is checking out the new Logitech G29 Force Feedback wheel and tries to find out if this new wheel is a big improvement over the Logitech G27. While the Logitech G29 is marketed towards the Playstation 3 and 4, the wheel is fully compatible with the PC platform.

Being a long time Logitech G27 user, Unicorn compares the Logitech G29 wheel and pedals to its predecessor when used on a PC system. He starts off by taking a look at the new Logitech software suite and checks out all of the new features of the wheel. After 17 hours of testing, Unicorn shares his positive and negative experiences. All in all Unicorn concludes that the Logitech (Driving Force) G29 looks allot like its predecessor, yet at the same time it is surprisingly different.

Because the wheel is primarily aimed at the console market, the G29 features the usual game-pad and brand specific buttons, including a D-pad. The wheel is fitted with a set of PlayStation buttons and also has a 24-step rotary dial fitted. Logitech has referred to the rotary dial as a “preferences” knob. All the console related buttons can be mapped on the PC using the Logitech software suite. The wheel rim  also features a rev-counter LED bar as seen on the older G27.

The Logitech (Driving Force) G29 racing wheel features a dual-motor force feedback system and a stainless steel pedal set including throttle, brake and clutch. As its predecessors, the G29 is fitted with a set of paddle gear shifters. Logitech decided not to include a sequential shifter as they did with the G25 and G27. However, Logitech is marketing an optional six-speed “Driving Force Shifter”. Owners of a Logitech G27 can use their current shifter, but have to keep in mind that the shifter console buttons will not work with in tandem with the G29.

The Logitech G29 will become available in July for €399 ( It has te be said, you can already find it advertised for less). The optional Driving Force Shifter will retail for €59,99. 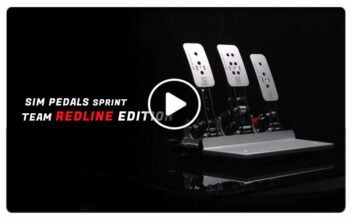 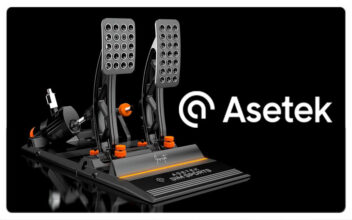 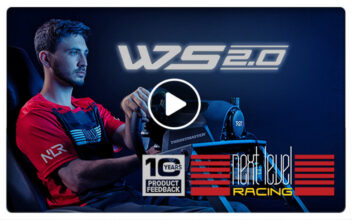