A drama day in sim racing land. What should have been one of these biggest sim racing promo events, just turned ugly. Or does it do exactly the opposite?

It is safe to say the 24 Hours of Le Mans Virtual, held on the rFactor 2 platform, is one of, if not the biggest eSports sim racing events of the year. In this final round of the Le Mans Virtual Series season which celebrates its 3rd edition, a field of 45 cars divided into two classes, LMP and GTE, and driven by no less than 180 professional drivers and successful sim racers battle it out at the virtual Circuit de la Sarthe, aiming for a share of the $250,000 prize pool.

One of the main ambassadors of this mega event is current Formula 1 world champion, Max Verstappen. Being a long-time advocate for sim racing, the Team Redline member is known for not only being fast and competitive in the real world but also in the comfort of his home when enjoying simulated races. Unsurprisingly, the participation of Max Verstappen is one of the main attractions of the race.

This year’s race started off well for Max, when he planted his #1  ORECA 07 Redline LMP in the front of the field, and kept it in contention for the lead. However, in the early stages of the race, some unnamed server issues resulted in the disconnection of a number of drivers, leading to two red flag situations. Later on, the organization blamed the server mishaps on a suspected security breach.

One of the affected participants was the #1 Team Redline car with Max Verstappen behind the wheel. Nevertheless, after a short period of time, he was able to resume the race but lost more than a lap dropping him to 17th place. Somewhat later, the same scenario repeated itself, which ignited some frustration leading to Max withdrawing from the 24 Hours of Le Mans Virtual via a very vocal rage quit.

A fuming Max Verstappen started a rant, ventilating his frustration by criticizing the event organization, and stating that this would be the last time he participated in what he now calls a “Clown Show”.

Verstappen said: They call it amazingly bad luck…well this is just incompetence. They can’t even control their own game. This the third time already that has happened to me now, being kicked off the game while doing this race.

This is also the last time ever because what’s the point? You prepare for five months to try and win this Championship, you are leading the Championship, you try to win this race which you have prepared for for two months and they handle it like this. Honestly, it is a joke.

You cannot even call it an event. It’s a clown show.

That’s why it’s better to retire the car because driving around in P15 for six hours makes no sense for everyone. It’s a disgrace with all the effort we have put in as a team. really hope the organisers consider where they put this game going forward because on this platform it’s not going to work. It’s game over. I think I have more chance if I just go to Vegas and the casino…I would have more chance to win.

I think I’m going to uninstall the game. That’s nice…frees up a bit of space on the PC anyway. And I really hope everyone uninstalls the game.

As I stated at the start of this article, you might look at this as being big drama. On the other hand, it also shows us how the competitiveness and the frustrations of the real racing world translate to the virtual side of things.

One might say “It’s only a game”, but this situation also proves the opposite. The cars and tracks are fake, but the racing and all the emotions that come with it are real. 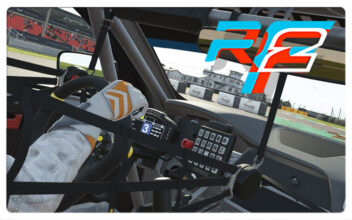 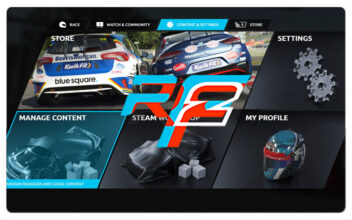 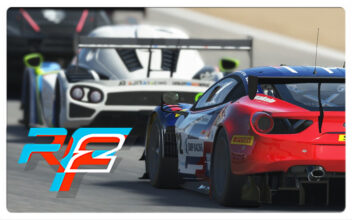