Last year, the first-ever official 24 Hours of Le Mans Virtual In association with the FIA World Endurance Championship (WEC), the Automobile Club de l’Ouest (ACO), and Motorsport Games could easily be called the most successful sim racing event to date.

The 24 Hours of Le Mans Virtual brought together a huge selection of professional racing drivers and sim racers, competing together for 24 hours in a 50-car field on the legendary French endurance track using the rFactor 2 racing simulation platform by Studio 397. In total, 200 Pro racing drivers, and sim racing drivers from 37 different countries raced simultaneously on 170 different simulators.

The 2020 Virtual 24 Hours of Le Mans was broadcasted live via a selection of prestigious TV networks across 57 countries worldwide and was presented by living Le Mans legends, Tom Kristensen and Allan McNish. The English commentary was done by Martin Haven, Hayley Edmunds, and Ben Constanduros.

Building on the success of the Le Mans Esports Series and the 24 Hours of Le Mans Virtual Esport Event, the Automobile Club de l’Ouest and Racing game developer, publisher, and esports ecosystem provider Motorsport Games have now agreed on a Joint Venture.

This updated joint venture replaces the original agreement and resulted in a Ten Year Exclusive License which will now see the Le Mans Esports Series Ltd create, develop and publish video games, in addition to esports, based upon the iconic 24 Hours of Le Mans and FIA World Endurance Championship.

Dmitry Kozko, CEO of Motorsport Games, stated “The 24 Hours of Le Mans Virtual in 2020 was the perfect illustration of what the partnership between Motorsport Games and the ACO can create.  We are delighted to extend our agreement to include the creation of endurance video games based upon the 24 Hours of Le Mans and FIA World Endurance Championship, while also extending the length of our partnership and increasing the scope of our esports offering.

“On the heels of our recent IPO, this is one immediate step in further prioritizing major market opportunities with valued long-term and iconic partners like the ACO,” concluded Kozko.

Pierre Fillon, President of the Automobile Club de l’Ouest, added “For the past 2 years the ACO, in a joint venture with Motorsport Games has embarked on a major E-sport strategy.  Last June, the Virtual 24 Hours Le Mans marked an important milestone in this program. Now, the aim of this partnership is not only to propose an attractive virtual Le Mans Series but also to create a game dedicated to the 24 Hours Le Mans, accessible to all enthusiasts. It is essential for the ACO to continue to propose a major motorsport series especially with the imminent arrival of the Hypercar category and in several years the introduction of hydrogen, while at the same time developing an ambitious E-game program.”

Gérard Neveu, CEO of Le Mans Esports Series, commented “Motorsport Games has demonstrated its passion, expertise, and commitment to the ACO and the FIA World Endurance Championship. This extension of the joint venture was the natural next step in our partnership. We look forward to working together for many years to come to create best-in-class racing games and esports that reflect the values and quality of the iconic Le Mans brand.”

Motorsport Games, which has offices in Miami, Orlando, Silverstone (United Kingdom), and Moscow, was formed in 2018 by international motorsport-focused media and technology company Motorsport Network as a wholly-owned subsidiary.

The Automobile Club de l’Ouest is the largest automotive group in France. It was founded in 1906 by car building and racing enthusiasts, and is most famous for being the organising entity behind the annual Le Mans 24 Hours race. 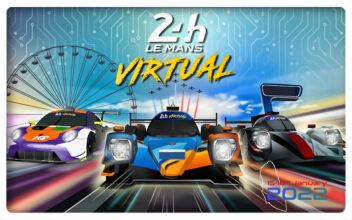 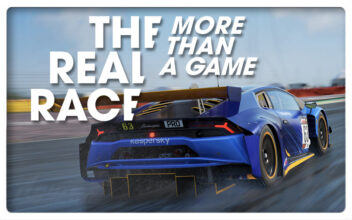 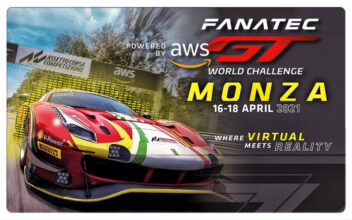