Nvidia image quality Lower on newer cards? You can help!

With the new generation of racing simulations on the horizon, simracers are finally treated with much better visuals. And even though almost everyone agrees that the new titles are also a major step forward in terms of physics, our aging, current sims are still very popular. In fact, they are still a lot more popular than the newer titles when it comes to league racing, and for different reasons.

And even though most of us are using their favourite sims since years, many probably didn’t even notice a dramatic drop in visual quality when upgrading their graphics card to a more recent one from Nvidia. It is especially noticeable in ISImotor based sims (http://en.wikipedia.org/wiki/ISImotor). I myself noticed it when upgrading from a GTX285 to a new GTX770 in late 2013.

Comparing screenshots from my old nVidia GTX285 with the newer nVidia  GTX770, I noticed a lot more aliasing and moiré patterns which simply were not present using my trusty old GTX285. Switching the cards multiple times and re-checking the driver settings every time to make sure I wasn’t missing anything, it was clear to me that something wasn’t right.  There is a clear difference between the Nvidia image quality on both series of cards.

These two screenshots demonstrate what I was witnessing switching the cards in my rig: Many users would simply suggest to use Nvidia’s Sparse Grid Supersampling to get rid of the aliasing on the much more powerful GTX770, but in fact this doesn’t even get close to the image quality of the old GTX285, while producing a lot less frames per second with increased input lag. The aliasing isn’t a result of the image rasterization per se, it’s a result of a very aggressive texture filtering method to sharpen textures in the distance or at low angles. This aliasing is a different kind of the traditional aliasing we know as jaggies on the edges of 3D objects, and it can not be cured by simply using more demanding AA methods.

Now, a couple of months later, together with some more users at the ISI forums, we discovered the cause of this problem. In the past, when graphics cards were not as powerful and texture filtering methods were not as good as today, textures became very blurry in the distance, for example the white track markings and fine lines on the asphalt. To overcome this problem, The ISImotor graphics engine allows to set custom MipMap LOD bias settings for the materials. Negative values forced the graphics card to sharpen the distant textures (smaller MipMaps) more than others with a neutral 0.0 setting. Positive values made them more blurry. It worked pretty well back in the day.

Today’s graphics cards are usually powerful enough to use 16x anisotropic texture filtering at all times, plus they are using better texture filters inherently, which means that textures are actually rendered “too sharp” which results in aliased textures. Nvidia has a setting in their driver though which is called “Texture filtering – Negative LOD bias” which has two options: “Allow” and “Clamp”. Setting it to “Clamp” would simply ignore all negative Mip LOD bias from a game engine and use the neutral 0.0 setting instead. Together with 16x anisotropic texture filtering, the image quality was great again.

And here comes the interesting part:

The “Texture filtering – Negative LOD bias” is still available in Nvidia’s current drivers, but it doesn’t work anymore, and apparently it had been like this for quite a while allready. (if you are using a more recent graphics card, that is.)

After confirming this issue myself, I went on to cry out loud in Nvidia’s forum about this. Just a few days later, another user was kind enough to take a look at the driver code to try and find out why the setting didn’t work anymore. He found out that no matter what you will set for this option, it will never be passed to your graphics card because the setting isn’t actually read out. This only applies to graphics cards newer than a GTX200 series card, which explains why the setting still worked on my GTX285, resulting in a proper image quality. So if you are using a GTX200 series card or an even older one, you still get the proper image quality. Using a GTX400 series card or newer, the setting doesn’t work anymore (at least not in DirectX applications). The user from Nvidia’s forum was even able to force “Clamp” always on, once via a modified d3d9.dll you could simply throw to your sim’s executable, and even better, he modified the most current graphics driver. It’s actually not much effort for Nvidia to fix that issue, however, so far there were not enough customers who would demand the return of said setting for the newer graphics cards. I gave this one a try, and seeing the result I know that I want them to fix their driver. To make Nvidia notice this issue, we simply need one thing: Users who will complain about the not working setting if they are using a DX11 Nvidia graphics card. So if you would like to see improved visual quality on your current graphics card in our beloved sims, join us in the Nvidia forum and demand a fix for that setting. You can find all information about this issue in this thread:

We hope to see some more voices being raised, together we can probably get their attention and a fully working driver in the future. Demand the return of the “Clamp negative LOD bias texture filtering”!  Loyal users deserve the best Nvidia image quality. 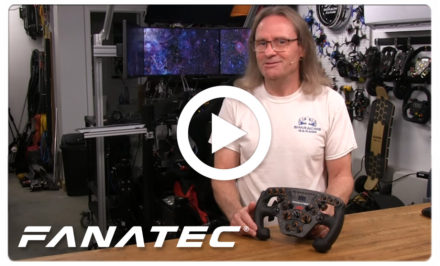