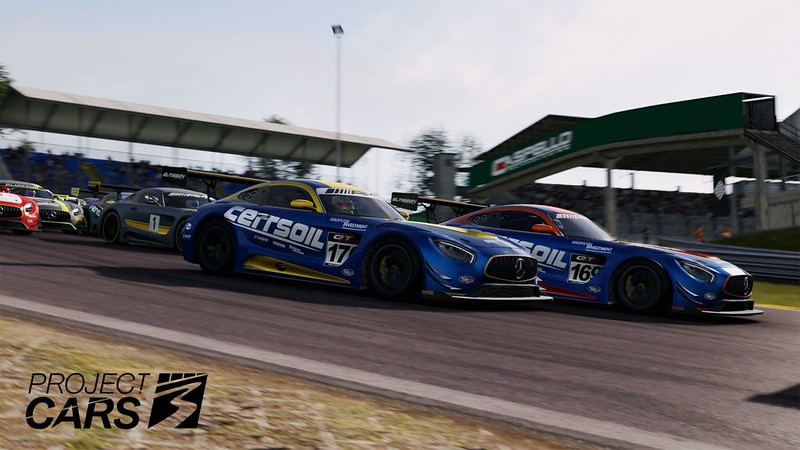 A few days ago, Developer Slightly Mad Studios and publisher Bandai Namco officially confirmed that Project CARS 3 will become available for the PC (via Steam), Playstation 4, and Xbox One on August 28th, 2020.

Ever since its announcement, it became clear that Pcars will be a somewhat different title than its predecessors. Slightly Mad Studios stated that Pcars 3 will be focusing more on fun and racing, by leaving out certain simulation aspects.

The first episode of the Dev blog focuses on Design and  Physics. Most noticeable, it is now confirmed that Pcars 3 will not include strategic features such as Pitstops and Fuel consumption. This might come in as a bombshell for the sim racing community, but could be a blessing for the more casual race gamer.

This further confirmes our suspicion that Slightly Mad Studios is aiming this title more towards the casual gaming crowd and probably are planning a future release on the upcoming next-gen consoles. And let’s be honest. Looking at it from a commercial/marketing side, and considering the amount of (undeserved) hate the previous iterations of the game received from the Sim Racing community, this does not come as a surprise.

Nevertheless, those who are on the lookout for a fun racing game with licensed cars and sim-like aspects will most likely get their money’s worth

Project CARS has always been about racing with your heart in your mouth as you push your limits in legendary race cars on epic tracks around the world—that unparalleled connection between driver, car, and surface that comes from our passion and the know-how we’ve acquired through the years, all of it validated by pro’ drivers.

Project CARS is the driver at speed, that moment when you’re right on the edge and you’re loving every moment of the experience. For Project CARS 3, we’ve really doubled-down our focus on the driver. Yes, we’ve added assists and graphic effects to bring in a new audience to sim racing, but these assists and settings are purely optional. Turn them on, or turn them off, the choice is completely up to you and what you want from the game. Project CARS 3 remains, at its core, a Project CARS experience, and with the same philosophy that has always been central to the franchise, to give you the Ultimate Driver Journey. 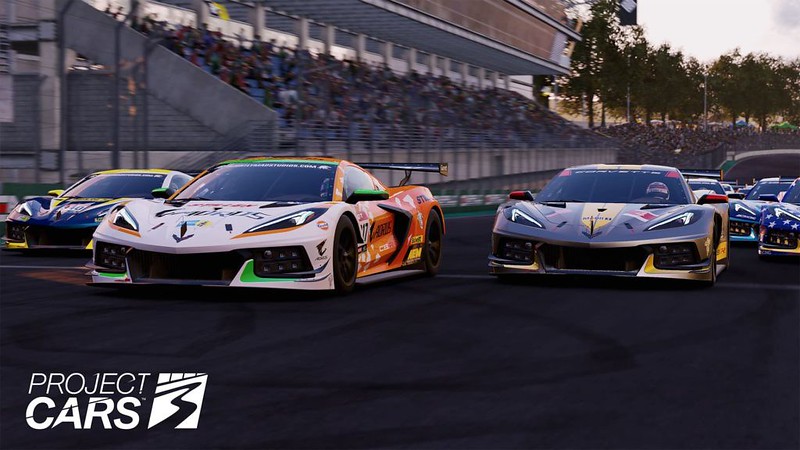 Kris Pope: Lead Designer: Yes, Project CARS 3, from a game design viewpoint, is focused far more on the driver than the previous two games. With this new installment, the direction was to laser-in on what makes motorsport evoke so much passion in those of us who love the sport. The cars, the driving, the racing, the speed—we’re really narrowed down on those things with Project CARS 3.

David Kirk: Principal Physics Programmer: Project CARS 3 is both new and traditional if I can call it that—the details, handling, the motorsport and the freedom of choice, the weather and so on, that’s what our long term fans want and that’s all there—though we’ve gone in and improved on all of that. New this time around is customization for cars and drivers, and of course upgrades which is a really exciting addition. We’ve also added a whole layer to the game that introduces weekend warrior racing on road circuits and other options designed to get a new audience into sim racing in a way that doesn’t overwhelm them.

Kris Pope: Lead Designer: As in the real world, drivers drive, and mechanics and the team worry about the minute details, and that’s what we wanted to aim for with Project CARS 3. In the end, it doesn’t matter what series it is—an amateur weekend or track-day or the top echelon of motorsport where 300 engineers with science degrees are pouring over reams of data—drivers are there to drive. And that’s really what we wanted to highlight with this new game. We wanted to bring a renewed focus on the driver and the racing. So now you don’t need to spend hours in a practice session working out the tyre life of a set of tyres for one car in one condition, and you don’t need to do the maths on how many liters of fuel you need to finish the race, and you won’t be punished for picking the wrong strategy and so on. 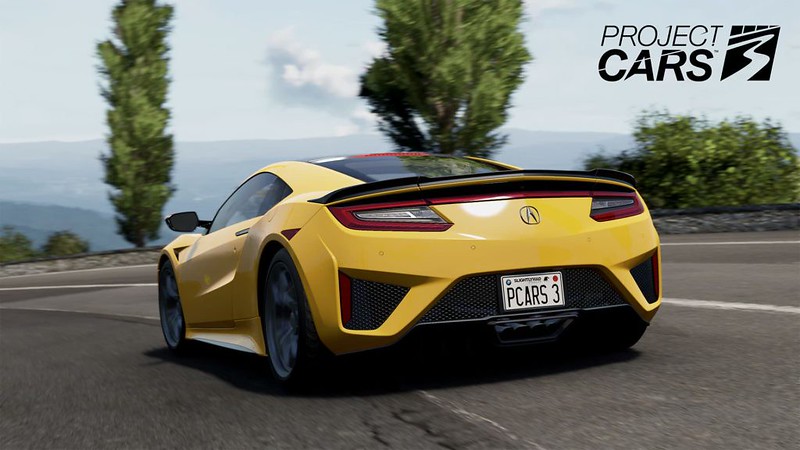 Jussi Karjalainen: Handling QA Lead: All the good, dynamic tyre heating maths is still going in, and in many cases improved, just without the potential to overheat in the long term. All the dynamic situation-to-situation stuff is still there—but now, if you want to go sliding around for an entire race, you can. You’ll also be slower, though, but that’s another story!

Casey Ringley: Vehicle Technical Art and Handling: That’s actually a good example—the thermal model in layers above that does still happen as it did in Project CARS 2. The core tread temperature is locked, but the rubber contacting the road is still fully modeled for all heat effects.

Jussi Karjalainen: Handling QA Lead: To make it a little easier to understand—tyres aren’t part of “what suits the weather situation” problem anymore, they’re now “how much performance do we want”. Within most real-world racing series, hard and soft tyres are meant to be alternatives to each other, depending on the temperature, track type, and strategy. But from one racing series to another, there exist differences in outright performance. A cheaper slick used in a regional series is usually worse than what a national GT3 series would use, GTE/prototype slicks can be two seconds a lap faster than GT3 tyres, and the rubber compounds used for Formula 1 are even faster than that. The core temperature of the tyre is locked to the “optimum” value (what you’d want to heat the tyres up to in Project CARS 2), but all of the layers from there towards the outside are still fully dynamic.

Casey Ringley: Vehicle Technical Art and Handling: The tyres being locked at the ideal temperature and constant pressure means the tyre pressure setup is simpler as well. So, comparing to Project CARS 2, the only difference is that we reset the core tread temperature to an ideal setpoint at the start of each physics tick. And we do this to avoid penalizing drivers who don’t have endless hours to assess their tyre wear before races. In the real world, teams come to race weekends already armed with all that data.

Jussi Karjalainen: Handling QA Lead: So rather than wear, it’s really the tyre heating where most of the magic happens, handling dynamics wise. 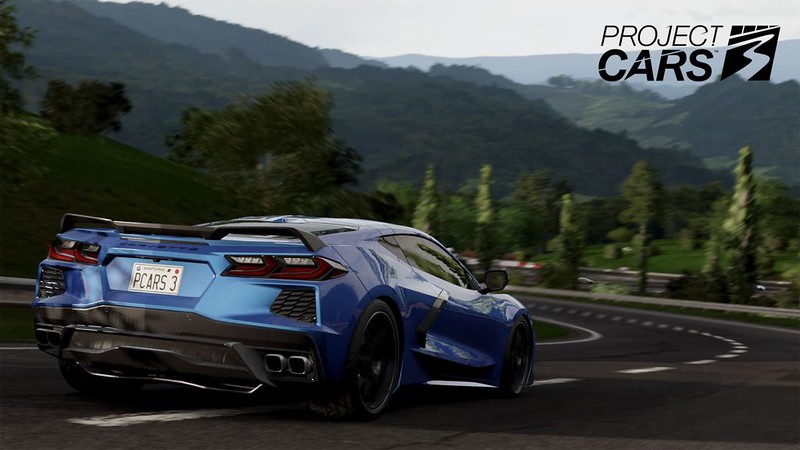 Kris Pope: Lead Designer: So yes, if you want to get out on-track on a cold morning at Spa and just go drive and tinker with your setup, that’s obviously still there. And actually, if you do, you’ll notice that the driving physics have been improved (we’ve really nailed the over the limit feel). The key to this is the driver journey—the upgrades, the racing, the feel of the cars from the driver’s seat. Making the driving fun and the visceral enjoyment of driving a car at speed that sort of echoes that emotional connection we all get from motorsport.

Nick Pope: Principal Vehicle Handling Designer: So, for example, by removing tyre wear and fuel usage, we could in turn remove pitstops, which resulted in much closer and more consistent racing. Thus, the whole process of getting to the part that matters most—the actual racing and driving of these amazing cars and their upgrades—became a far easier and more streamlined affair. All these game design decisions have had great results in terms of the racing— with the tyres at their optimal range all the time and fuel at optimal load, there is no break in the action to stop for more fuel or new rubber. It’s pure racing action, and it’s just made Project CARS 3 into a much better racing-driver experience.

David Kirk: Principal Physics Programmer: Though none of that means we’ve simplified the tyre model. It’s just all happening under the hood. Overall, this change has kept the focus on the racing and less on engineering tactics. It makes the racing fairer—it’s about what you do behind the wheel that counts—and as a driver, it makes the experience a lot closer to what you’d get in the real world.

Doug Arnao: Physics and AI director: The AI has also responded well to this new direction and it makes them a lot more predictable and really human-like. And obviously there’s no rubber-banding.

David Kirk: Principal Physics Programmer:  As Casey said, the core of the simulation is still the core of the game, but we’ve really made Project CARS 3 about the driver. In the end, racing and driving are actually meant to be a fun and rewarding experience, and being competitive in a race should be more about your skills and the upgrades and so on, and less about whether you can afford to sit and spend countless hours deep-tuning every layer of your setup. The moment-to-moment experience of the franchise remains as it always was, we’ve just really focused in on what makes a driving game—and what makes driving—such an emotional and cool experience.