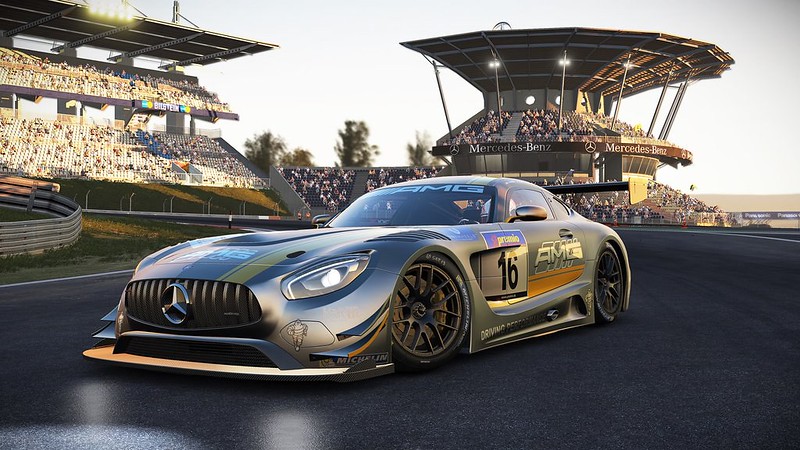 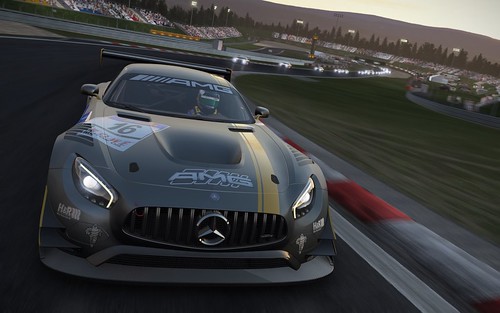 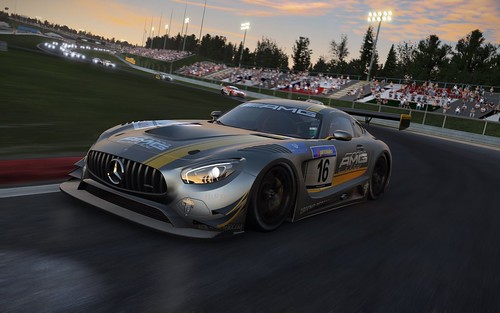 The last few years, it has become obvious that a majority of the sim racing and race game producers seem to license the exact same car models in a relatively short time span. This is also the case for the Mercedes AMG GT3 which did recently appear in iRacing, Assetto Corsa, and DriveClub. Can we expect the AMG GT3 in RaceRoom soon?

Furthermore, SMS also announced that for the first time, the PlayStation 4 Project CARS version will be released in Japan on June 9th in the form of a completely Japanese translated  “Perfect Edition” version. This Japanese release will contain the same content as the “Game Of The Year Edition”.

Slightly Mad Studios also confirmed that the game will be available as an Early Purchase Bonus including an exclusive Livery Pack inspired by Bandai Namco’s classic Ridge Racer title.  (https://p-cars.bn-ent.net/)