Sector3 Studios has released a new update for their RaceRoom Racing Experience title.

This update contains the usual fixes and improvements of various parts of the RaceRoom racing simulator and also addresses the crashes some players were experiencing while loading into or during a game session on the Nordschleife track.

While the development team implemented some optimizations to counter the crashes, they report the crashes may still occur due to a memory allocation failure. Should this still happen, it is recommended to try the following procedures in order to reduce the overall memory usage.

Also, those who experienced some weird car behavior after loading a car with a custom setup after a physics update, are encouraged to Reset the car setup to the new default values. 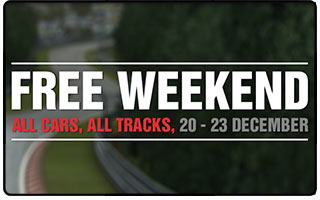