It can be said that we have seen a lot of Sim Racing titles appear the last two years. Project CARS, and Assetto Corsa to name a few. But lets not forget the Simbin entree ” RaceRoom Racing Experience”.  Now lets face it, the community has not always given them a fair treatment on various forums and comment sections. RRE is a work in progress but has been mainly judged as a finished product. The last few months it became clear to me that RRE is going to be more then what the first introduction had us believe. There is no doubt that graphics and sound are more then up to date with the present standards, and that licensing wise Simbin is doing a good job.

However, allot of criticism within the Sim Racing scene was referring to the fact that the title was more a Simcade then Sim Race title. ( Ed: Let me state that i do not entirely agree) One of the discussions that comes to mind, is the debate about the oversized, and arcade like corner markers. The dynamic full color arrows that where implemented to assist drivers help judge the cornering somewhat better.  With the introduction of the Novice mode, Simbin agreed they no longer need the static corner markers, and where thinking of implementing an option to turn them off. This will certainly be good news for many Sim racers out there.

Simbin announced that the next patch will feature a new option in the Video Custom Settings that will let the player disable or enable the corner markers.  Also, tracks will be updated with added real distance markers. Because all the tracks will have to be updated, Simbin plans to implement this with multiple smaller patches, rather then one big patch. They estimate it will take about five updates weighting 1Gb each. The first patch should be ready in about 3 weeks, while the will distribute biweekly track updates from then on. The updates will also include some fixes and performance optimizations.

Having received lots of community feedback, the development team is also planning an overhaul of the Controller Profiles & Physics. Last but not least, the team assures us that they are working hard on the Multiplayer part of RaceRoom Racing Experience, but can not yet confirm a date.  It becomes clear that RRE is growing and is catching up rapidly to be able to compete in the battle of the Simulators. We can only applaud that. 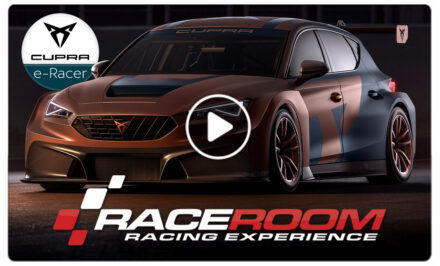 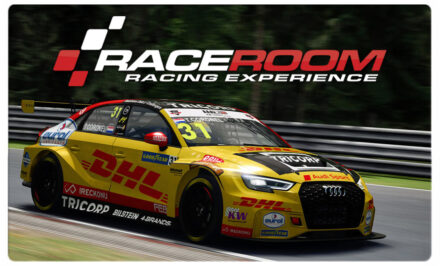