The Sector3 Development team published a new Dev-Stream in which they explain some of the new and coming features for RaceRoom Racing Experience. In case you missed the live Twitch broadcast make sure to check out this recap.

In this episode, the Sector3 staff members talk about the new features they will bring to R3E, and reveal some video footage of the new content that is being worked on. During the video stream  we can have a look at the new 2014 WTCC Citroen of Title Winner J.M.Lopez and some in-game action at the Macau, Shanghai and Suzuka circuits.

Sector3’s main Sound designer Anthony Monteil, reveals some of the sound upgrades and sound features that will be included in the update and shows us a new in-house backfire editor.

The highly awaited Dedicated Multi-Player feature is now confirmed to be released in the next update. The dedicated server function will already include the possibility to host Multi-class races and will also include a set of API’s for use in leagues and web developers.

We are not sure if it was intended, or a slip of the tongue, but it is mentioned that the update is planned for next week.  It will be a big one, weighing a fat 10gb. The 2014 WTCC car pack  and tracks will not be included with the update, but will be out as soon as possible.

The stream also features a few development screens and a very early version video of the R3E Laser scanned Nordschleife.

Another big surprise was the announcement that open wheelers will become part of R3E. There is already a GP2 and entree level open wheeler car in development. Furthermore, it is hinted that also some classic formula cars will be developed. Last but not least, the and of the video shows us an unmentioned 1989 Nissan Nismo Group C car…   Le Mans anyone? 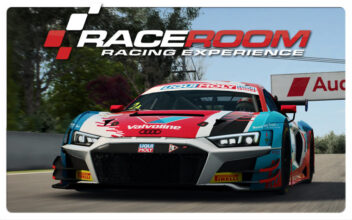 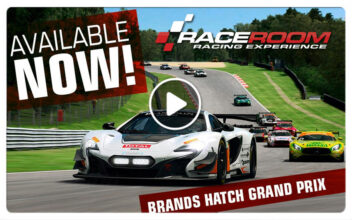