September has been another busy month in an ongoing run of busy months that shall continue as we push flat out with the development of Automobilista 2 – so let´s cut to the. chase and go straight into what we´ve been up to this past month.

We still have a few updates and fixes pending for these two releases which (at the risk of sounding repetitive) are due out soon. Please bare with us a little longer here

We have recently announced in our development forum (restricted to Reiza Backers) that those who joined the AMS2 Early Backing Campaign will have the opportunity to become part of Automobilista 2 by submitting their own paint job and driver name for any of the various fictional or semi-fictional series which will be present in the sim. and for which backers can apply to become one of the official drivers in Automobilista 2.

If you are a Backer and a capable skin painter, check out the various topics in Reiza51 for instructions on how to apply.

All talented skinners are welcome to come showcase your skills by submitting your application for any of the many series in Automobilista 2 open for community skins, such as this revamped Formula V12: 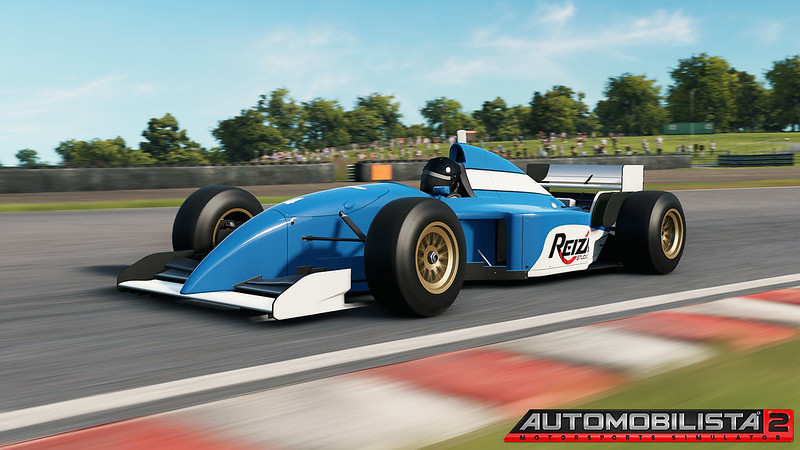 For the more prolific skinners out there, be advised we are also on the lookout for someone to join the team in an official capacity – if you´re interested in taking this a little more seriously shoot me a PM 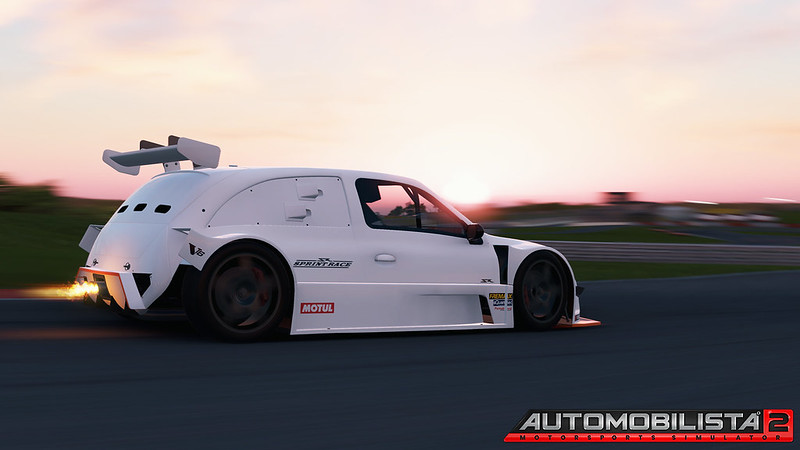 As previously announced AMS2 will see the introduction of the Brazilian Sprint Race Series. Powered by a 260HP V6 engine with RWD, sequential 6-speed shifter and with a central driving position, this car serves as an excellent training tool for several types of racing and should be a perfect option for door-to-door action. 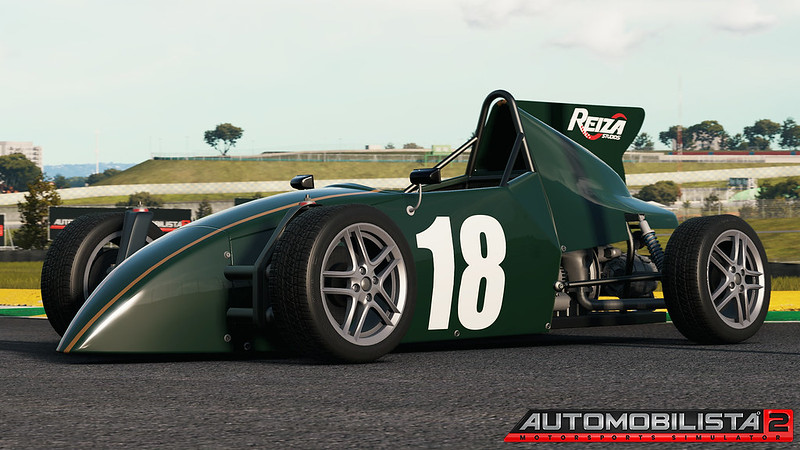 AMS2 will also continue to feature the popular Brazilian Formula Vee, the popular trainer now in its latest model featuring a new engine and suspension geometry.

Back when we were developing Stock Car Extreme into Automobilista, a small but significant adjustment we made was bumping the physics tick rate from the original 360hz to 720hz, along with controller rates from 90hz to a (potential depending on setting) 360hz – what this effectively results in is noticeable higher fidelity from physics and better feedback for the controllers, as the game is calculating physics and outputting feedback to the controllers at a faster rate.

With the Madness engine, we have been looking into it again and finding some good room for improvements. Tick rates are a simple thing to change but something to experiment with carefully as audio, physics and controller rates all interact within the game engine and ought to remain somewhat in sync, so a good deal of testing is needed to find the balance between what rates bring noticeable improvements without causing problems.

The original tick rates had to mind performance on lower-end consoles where there are more performance bottlenecks – given we don´t plan to release AMS2 in these consoles and PC hardware has continued to evolve over the years, combined with the fact our assets are generally lighter on resources has given us a little more leeway to tune up those tick rates and get a bit more fidelity all around.

The biggest boost this time so far has been on the audio front where tick rates have been bumped substantially to higher rates than it was and higher than the AMS1 audio engine (which ran @ 120hz) – the difference is even visible when analyzing the graphs below, showing two 100ms chunk of audio curves under the old and new rates:

You can hear what we´ve got so far in the video below featuring 3 of these high-revving engines over a lap at Interlagos – (please keep in mind the usual WIP disclaimers):

On the physics front, the margins for upscaling tick rates were smaller as both physics and controller tick rates were already set at 600hz,but physics has also been bumped up to AMS1 level @ 720hz, as when you´re trying to tame a 1000bhp monster on slicks over standing water you need all control you can have – see for yourself .

As before all videos are captured with fairly standard system specs (i7-3770k CPU @ 3.50GHz, 16gb RAM, Geforce GTX 1070) so rest assured we´re not planning on blowing any gaskets here

on the contrary, AMS2 should remain very accessible in terms of hardware requirements.

Further development on the physics has been made on the drivetrain model, specifically for cars with manual boxes so as in AMS1 the driver can´t get away abusing his gearbox speed shifting or skipping gears without clutching or rev-matching.

Here again, we´re fortunate to rely on SMS legacy code which was somewhat similar to what we had in AMS1, so re-enabling it and merging with our own model has been relatively straight-forward – it´s already working reasonably as can be seen in the video below:

Obviously everything seen and heard here is early WIP and subject to a lot of fine-tuning, but the good news is that this compounds what is overall a more advanced model which will among other things eventually include damage to gears and gearbox altogether from recurring miss-shifts.

One of the catalysts for the recent developments has been our team meetings in London – for those not aware Reiza doesn´t have a physical studio so devs work from their own location worldwide, and all teamwork is done remotely. This suits us fine generally but we also find it productive and personally rewarding to get together once in a while to perform a few days of intense in loco teamwork.

Unfortunately not many from Reiza could make it this time but the London setting wasn´t accidental as there we also got the opportunity to meet some of the key people at Slightly Mad Studios, and for a few days consult with some of their lead devs over various topics regarding the development of Automobilista 2 with the Madness engine. 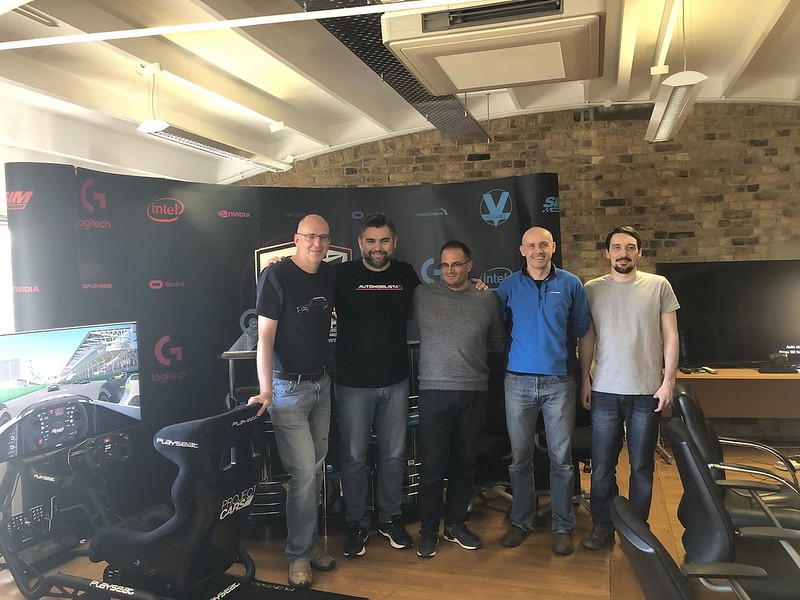 From the start of the relationship, SMS has proved themselves to be great and enthusiastic partners, generous with their time, knowledge and assets, without which we wouldn´t have a chance of meeting the very aggressive development schedule we have set for ourselves with Automobilista 2. This again proved the case in London where we were treated with great hospitality and able to feed on their expertise, for which we are most grateful. 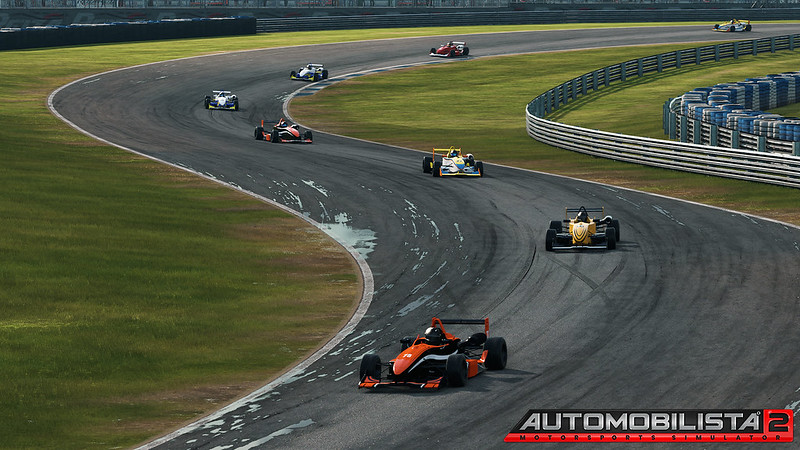 That covers it for September! We have a couple more updates to go so expect things to pick up steam from now onwards with more info about the development of AMS2 and our longer-term goals for it, the premium licenses we are in process of securing and everything else we´re aiming to deliver for it´s initial release and continuous development over the coming years. 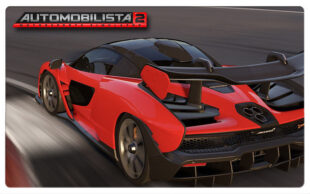 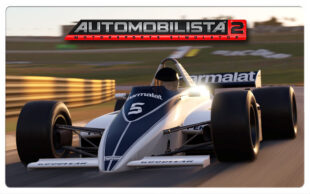