Competition Company has officially announced that they have made a licensing agreement with a third manufacturer to be featured in Rennsport.

Joining Porsche and BMW, Audi Sport will be bringing the Audi R8 LMS GT3 evo II to the closed Beta release of the free-to-play, esports-first, and community-centric Rennsport racing simulator.

The Audi R8 LMS GT3 evo II has joined the already licensed Porsche 911 GT3 and BMW M4 GT3 to build a field of GT3 competitors. This new addition might give us the impression that Rennsport will become a very GT3-orientated racing sim, and therefore will go head to head with Assetto Corsa Competizione.

However, since ACC originated as an officially licensed simulation of the SRO Blancpain GT Series, and now the SRO GT World Challenge, it is most likely that Rennsport will focus its licenses on a different series. Being a German developer, the VLN or ADAC GT series comes to mind. Interestingly, when announced, the newly added Audi R8 LMS GT3 evo II was wearing the Scherer Sport design Livery as raced in the 2022 ADAC TotalEnergies 24h Nürburgring.

Also, the inclusion of the electric Porsche Mission R concept car might indicate that the developer is aiming to feature a wider selection of car content. So for now, whatever the Rennsport content might look like, your guess is as good as mine.

Needless to say, keep in mind that all the included media represents an early internal closed Alpha version of a work in progress.

A small reminder for those who are interested in the further development of this title. About a month ago, Competition Company initiated its Rennsport Closed Beta phase in order to gather feedback from the sim racing community.

Community members who want a shot at becoming a closed Beta Tester, can head over to the official RennSport website and fill in the necessary forms. You will then be added to the Closed Beta waiting list, and hopefully get selected for closed beta access, later in the year. For those who do not make it to the selection, an open Beta is scheduled to launch in the Spring of 2023. 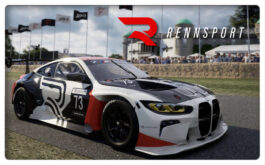 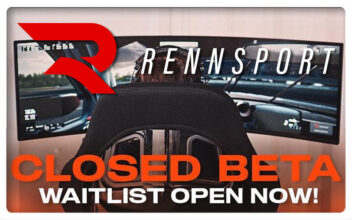 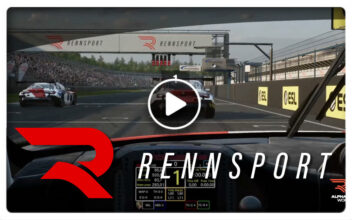