In this month’s roadmap, we can read about the status of the UI, the upcoming Bentley Continental GT3 and Ferrari 488 GT3 Evo, Season 2 of the GT Series competition, the upcoming Nürburgring Nordschleife update, and rF2 Business Manager, René Buttler’s NLS race adventure.

Last but not least, Studio 397 welcomes Paul Jeffrey, who you may know as the RaceDepartment editor in chief, as the new Studio 397 Community Manager for rFactor 2.

Ed: Congrats Paul. I am sure you will do an awesome job. Waiting for the monthly roadmap has become a bit of a tradition on the last day of the month. Whilst some just keep an eye on our Discord server, others are known to keep hitting F5 in their browser to catch the first glimpse of the much-anticipated news. And that’s great because coming back to the roadmap each month gives us the opportunity to reflect on what we worked on, get an overview of what happened and enjoy what we accomplished, as well as look ahead at what’s to come. So let’s get started!

On the development front, we have just completed a whole series of automated and real-life tests to ensure the fixes we have been making for endurance events are indeed working. All of them have been positive, so we are now at a point where we are looking at making these part of our upcoming release.

Our UI is nearing the point where we switch to it by default. We’re currently making sure that we can properly translate all aspects into multiple languages, including a mechanism to do that for content so we can translate things like track and car descriptions. We have also integrated the material editor for custom liveries, making it easier to tweak those materials to perfection. Last month we released our new stock cars, and in our upcoming release, we will release an important update to the plugins that go with this series. We will also include more documentation on how to properly set up races with these cars as we are aware that some of you have struggled a bit with this.

Also in our new update will be many tweaks to support the new modding documentation and PBR shaders. That documentation has been proof-read internally for the last couple of weeks now and we are curious to see what our community can achieve with it! As an example of how to use all of these new goodies, we will include a “dev mode” version of Loch Drummond for everybody to examine and toy around with.

Finally, you might wonder when this next release will be out. Definitely this month and sooner rather than later.

We’re getting super close to releasing both the Bentley Continental GT3 and Ferrari 488 GT3 Evo – which will make a total of 13 official GT3 cars in rFactor 2 – each with their own unique strengths and weaknesses. In view of that, we are also updating the BOP for each of the cars, some of which have had some significant makeovers. We look forward to sharing more details over the next few weeks.

Also on the horizon is the release of a free update to the Nürburgring Nordschleife as we have migrated the track to PBR. The PBR update provides a much more natural look for this outstanding track, our team of Banksy wannabees is furiously re-adding the graffiti as we speak – we’re really looking forward to showing off more screens and releasing the update soon.

We’re also excited to bring more updates for our Formula E content, after the successful ‘Race At Home’ series by Formula E, we are working on a number of improvements to make the racing more realistic, including physics updates, and for online activity the “attack mode”. Although “attack mode” is quite specific for Formula E, in theory, you could use the same feature for other cars as well. Triggered by you driving over a certain section of the track, attack mode gives you slightly more power for a limited amount of time. This promotes more exciting races as well as an extra tactical element and we applaud Formula E for pioneering such features in their series! Not just that, look out for another stunning Formula E laser-scanned circuit soon.

As announced on last month’s roadmap, we’re preparing the launch of Season 2 of our GT Series in both Pro and Challenge. But there was one last crucial event before we all can concentrate on Season 2, and that was the Relegation. A one-day event with everything on the line. Positions 6-10 from GT Challenge went head to head with positions 25-20 from GT Pro, fighting for the last 5 tickets to the pinnacle of GT racing in rFactor 2, the Pro Series. The same evening as a roadmap, it turned our Monday into an action-packed series of working hours. We had chosen shorter layouts to make sure our 10 contenders really fight every second, so we visited Silverstone International, Sebring School, and the Nürburgring Sprint layout.

Drivers in the Relegation event:

Race 1 showed us already what we had been in for in this event. After a great start for Buttler-Pal Motorsport driver Peyo Peev in his Porsche GT3 it was Alex Siebel with the BMW M6 GT3 who challenged him for the win every single lap. Alejando Lopez unfortunately connected with Jan von der Heyde and Zbigniew Siara in turn 1 and found himself at the last position where he stayed for the remainder of the race. With a few skirmished everywhere on the grid the 20 minutes flew by pretty quickly but it was Peyo Peev at the end who managed to fight of Alex Siebel and bringing home his first 35 points at the UK stop.

Over in the US, it was a completely different picture compared to Silverstone, basically mixing the entire result. After a super-fast qualification viewers saw Alejandro López defending his position like an angry mother-dinosaurs right from the famous movies, bring home a start-finish win with Peyo Peev spinning his Porsche and ending up on the opposite side of the leaderboard. Zanshos quick driver Jan von der Heyde was once again right within reach of the win but couldn´t find a way around López McLaren and had to settle for 2nd position. With the results opening up the competition for the top 5 spots again, it was all about the 3rd and last race – the decider.

Coming to Nürburgring we had 3 drivers sitting on top of the scoreboard, Lopez, von der Heyde, and Peev, and another 4 drivers that could close out the top 5 and go Pro (Siara, Stanley, Polesny and Weijer) with Alex Siebel being right between these 2 fighting groups, just having to get a decent finish to make it into Season 2 of the Pro Series. Pole Position once again went to Peyo Peev who was on fire this Monday night. Right from the start tho it was López again who went for the highlight moves, squeezing through 2 cars right in the middle into turn 1 and getting into third, which left Peev and Siebel uncontested for the first laps and giving them time to spread their lead. It all seemed settled as we approached the halfway point when things got out of hands fairly quickly. López was fighting with von der Heyde again, basically a replay from Sebring, with the Zansho driver lusting for revenge, when it was Siara from Buttler-Pal Motorsport who saw his chance in passing both but instead tapped the rear of von der Heydes McLaren, unsettling his car and costing him a lot of time. Siara then decided to give back the position to the Zansho Ace but lost so much momentum on the straight that also Polesny and Stanley went by. With this change in the leaderboard, it was all of a sudden Siara who wouldn’t make it to stay in the Pro Series. Nail-biting minutes followed for Polesny and Siara, with both drivers fighting for points. While Ferris Stanley in his Mercedes AMG GT3 had to let Siara by at one point, it was Polesny from Deuce Motorsport who claimed the last spot for Pro Series in the end, with Peyo Peev winning his second race of the night.

With the 3 races done and dusted we say welcome (back) to the Pro Series to the following drivers:

Now all the teams and drivers have to get prepared for the new challenge that is arising with season 2 and we wish them all the best for the preparation phase.

If you missed the exciting Livestream of the relegation you can obviously re-watch it on our twitch channel: https://www.twitch.tv/videos/727240439 In other news, we want to congratulate our very own René Buttler and his team for finishing their first NLS race, surviving the 6 hours while also claiming their first pole position! We will start following them, and a lot of other “sim racers who turned real racers”, in a new series starting soon!

Last but not least, tomorrow we formally welcome our newest member of Studio 397, Paul Jeffrey. Most of you will know Paul from his many great contributions to RaceDepartment, and he will keep doing those of course. We are very excited to have him on board and we are confident that you will be hearing a lot more from him soon! Have a great month, enjoy your sim racing, and on behalf of all of us, stay safe! 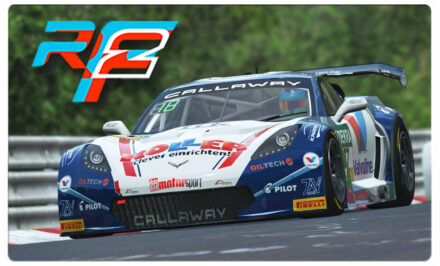 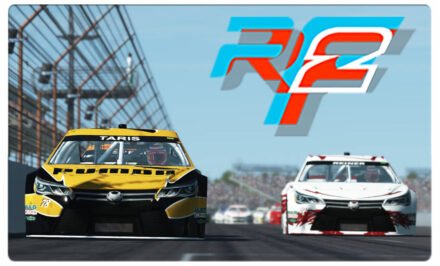 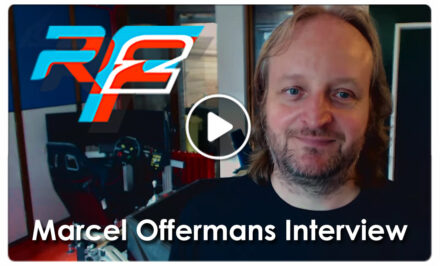 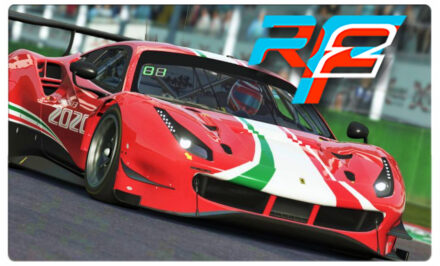