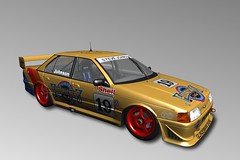 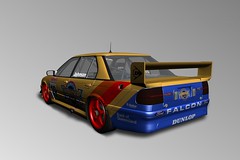 Mak Corp has released new screenshots of the Touring Car Legends project for rFactor 2. In this set you can see the progress on the Ford Falcon model.

The Touring Car Classics mod is developed as a stand alone vehicle mod. It will not contain full season car models, but individual and interesting models that became famous in various Touring Car series around the world.
Mak-Corp states that cars from the following championships will be included during the long term development of the mod.

The team targets the beta of the Touring Car Legends to be released somewhere during the first quarter of 2014.  Depending on the modding tools release and content, the mod might also be converted to the Assetto Corsa platform.