On 22 September 2017, Slightly Mad Studios and BANDAI NAMCO Entertainment Europe released Project CARS 2 for the PC, PlayStation 4, and Xbox One. The title promised to deliver all the topics and features the sim racing community had been asking for in recent years. And from our personal point of view, SMS pretty much managed to do so.

However, although PCARS 2 did feature the most gorgeous graphics we had ever seen in a racing sim, and it did feature awesome looking day to night and weather transitions, a part of the community did not give the title the credit it deserved. Now two years later, it is still not clear to me why exactly Pcars 2 triggered so much hate and controversy in the online racing community.

YouTuber, SimRacing604 asked himself the same question and posted a very interesting video concerning the good and bad of Project CARS 2 and ultimately tries fiend out if the title is still worth purchasing today.

Project CARS 2 is currently available on Steam for 59,99€. Those who want to try out a Demo can click the free download button on the right side of the same page. 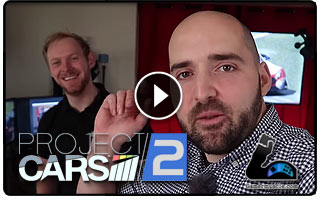