These days, partnerships between game developers and commercial brands are becoming fairly standard. Most big companies have learned to embrace the massive commercial and branding potential of the global gaming community and the ability to reach millions of players around the world. So it does not come as a surprise that many successful brands are lining up for a partnership with one of the most successful video games of all time.

Polyphony Digital will utilize the TAG Heuer’s Live Timing technology as a timing tool in Gran Turismo Sport. Players will be able to analyze their lap times, view their sector times, keep an eye on the gap to the car behind and in front of them and more. TAG Heuer branding and products will be featured in-game.

The included video and screenshots show us some of the TAG Heuer timing screens, advertising, museum section, and info media as implemented in the game.

Jean-Claude Biver issued this statement: “TAG Heuer’s history is intertwined with the world of motor racing. I am very proud to announce our brand’s association with the world of digital entertainment. TAG Heuer’s integration into Gran Turismo Sport powers us with great pride. It is a first for a watch brand. We share the same passion and, thanks to this new partnership, TAG Heuer will appear on millions of screens in homes across the world, enabling us to be better connected to the younger generations than ever before.”

Kazunori Yamauchi added: “Tag Heuer who have been making history in partnership with the shining legends of motorsports such as Steve McQueen, Ayrton Senna and Red Bull Racing, is a perfect project partner for Gran Turismo Sport, which aims to redefine the next 100 years of motorsport history. I am certain that the live timing technology of Tag Heuer will bring a level of reality to Gran Turismo Sport equal to the real world motorsport. In addition, this project will be a great opportunity to bring a breakthrough in new technology and design to the future of the Connected watch, which is a crossroad for watches and software technology.”

TAG Heuer is racing head-first into the world of digital entertainment, teaming up with the most famous and well-respected racing video game: Gran Turismo Sport.

In attendance were Kazunori Yamauchi, Senior Vice-President of Sony Interactive Entertainment Inc. and Jean-Claude Biver, CEO of TAG Heuer & President of the LVMH Group Watch division. Together, they launched the World Première of a brand new demo created especially for TAG Heuer. Polyphony Digital has integrated TAG Heuer’s Live Timing Technology into Gran Turismo Sport, providing unparalleled timing solutions within the racing experience. Led by its CEO, Jean-Claude Biver, TAG Heuer is continuing to connect with the youth of today, keeping more closely in touch with the 21st century and its trends than ever before.

With more than two million players worldwide, Gran Turismo Sport is THE reference of motor racing games. And, in 2017, it will celebrate its 20th anniversary. Always at the cutting edge of interactive entertainment, Gran Turismo Sport has chosen TAG Heuer as the game’s first ever watch partner. A double first, in fact: it is the first time the game has partnered a watch brand, and it is also the first time that a high-end watch brand has been associated with a racing video game.

The partnership was unveiled at the 87th Geneva International Motor Show, at the TAG Heuer stand, surrounded by exceptional racing cars, including show cars from the F1 Red Bull Racing Team and FIA Formula-e Championship, both of which are partnered by TAG Heuer.

The press conference was attended by Jean-Claude Biver, CEO of TAG Heuer and President of the LVMH Group Watch Division, and Kazunori Yamauchi, Senior Vice-President of Sony Interactive Entertainment Inc., President of Polyphony Digital, and the creator of Gran Turismo Sport. Together, they launched the Première of a brand new demo created for TAG Heuer.

Physically, on the circuits, at Championship venues and in front rooms, on-screen and on consoles, with seamless integration of the brand, the association between TAG Heuer and Gran Turismo Sport is the most natural of partnerships, since TAG Heuer has been supporting major motor racing teams, with a presence on the most famous circuits, ever since it was founded.

Fittingly, when deciding to wear a watch for the first time in many years, Kazunori Yamauchi chose a TAG Heuer… He was instinctively drawn to the Swiss brand when the search for a watch partner was first mooted, to bring the game in line with all the major racing events across the world. So, TAG Heuer has become the first Official Timekeeper and Official Watch of the new Gran Turismo Sport video game, to coincide with its 20th anniversary in 2017.

As part of this new partnership, the Gran Turismo Sport video game integrates the watch brand on its screens as the Official Timekeeper and Official Watch. Fans will be able to discover not just legendary stages from motor racing history, but also the history of TAG Heuer within the racing world.

For example, one of the innovative features is the TAG Heuer museum section in the video game, where players can learn about historical events from arts, geo-political, automotive and from TAG Heuer. Each Museum “story” is visualized by an image and a text.

Gran Turismo Sport also includes an area called “Brand Central” where users can discover the values of TAG Heuer, a unique communication opportunity for the Swiss luxury watch brand within Gran Turismo Sport, reaching millions of players around the world.

Finally, the watch brand’s logo will be visible and players will have the option to select a car and racing suit featuring TAG Heuer branding.

Gran Turismo Sport will be a new iteration of the world-renown racing simulation franchise. The game is currently in development as a VR-compatible racing game and will be the first console racing title to feature online competitions sanctioned by the FIA (Federation International Automobile). The game will feature +-140 premium cars and 19 locations featuring 27 layouts. 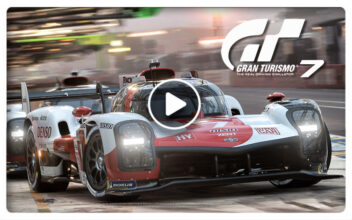 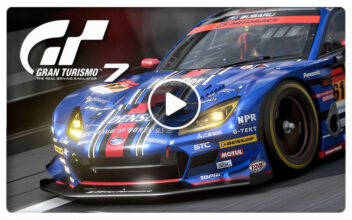 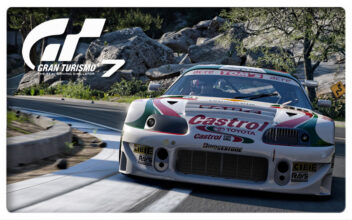