Barry Rowland of the Sim Racing Garage reviews the entree-level Thrustmaster T248 wheelbase and T3PM pedal bundle. As usual, Barry takes the product through the famed SRG review procedure, checking out the wheel and pedal set internals, and performing a hands-on / feet-on test.

Back in June 2021, Thrustmaster unveiled the T-GT II steering wheel as the successor of the Thrustmaster T-GT wheel. Nevertheless, Thrustmaster had also a number of products lined up to compete in the lower-priced echelons of the sim racing hardware market such as the Thrustmaster T248 wheelbase and T3PM pedal set that is officially licensed for the PlayStation 4 and 5 and is also compatible with the PC.

It is stated that the T248 delivers 70% more power (compared with previous Thrustmaster T150 series hybrid racing wheels) and adds new features including Force Feedback presets that can be changed on the fly, an interactive T-RDD LCD screen that displays a number of settings and in-game telemetry, and a magnetic pedal set with 4 pressure modes on the brake pedal.

The three-spoke T248 wheel rim is lined with a foam-filled leather cover and features a T-RDD LCD screen that displays a number of settings and in-game telemetry. The wheel is fitted with magnetic paddle shifters featuring the TM H.E.A.R.T. technology. Furthermore, the wheel rim features 4 customizable encoders and 25 assignable action buttons.

Included in the box: 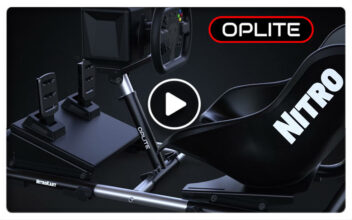 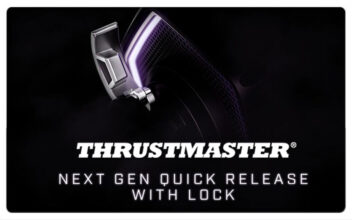 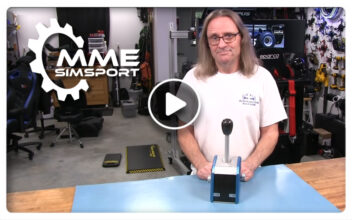