In May of last year, visitors of the Gran Turismo Sport launch event at the Olympic Stadium in London got to see a development version of what could be the long-awaited successor to the famed Thrustmaster RS 500 racing wheel. The nicely detailed wheel featured a leather and chrome finish and housed a set of metal paddle shifters. On the front of the wheel, we could see a D-Pad, 4 chrome color coded rotary dials, two analog sticks, a Mode button and the well known PlayStation buttons.

Somewhat later, Polyphony Digital’s Kazunori Yamauchi, surprisingly confirmed that the new Thrustmaster wheel is a ‘Direct Drive’ unit. But up until now, we are still not sure if this is actually the case. After more than a year, the new GT branded Thrustmaster wheel is still somewhat of a mystery, but it seems that Thrustmaster has finally started to officially tease their upcoming new product.

Two days ago, the German Fanatec brand revealed the first details about their upcoming Direct Drive wheel. It would seem that this revelation has spurred Thrustmaster on to reveal information about its own upcoming wheel. So the question remains… Is it a Direct Drive Wheel? 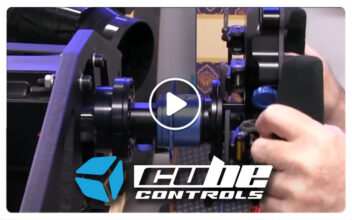 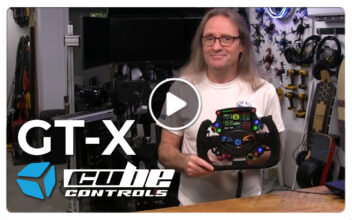 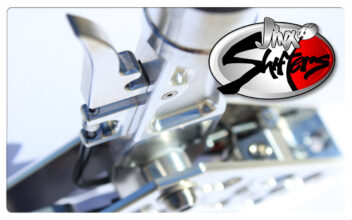 A Look At The V2 JINX Sequential Shifter