Back in 2009 we decided to create a follow up mod for the WSGT. With the obvious name ” WSGT2″.  we also decided to change platforms.
The WSGT mod was originally created for the Simbin GTR2 platform, and the WSGT2 mod would be targeted at the ISI rFactor simulator.

We started work and passion and dedication levels where high. By the end of 2010 we had 22 models build, and 17 of them in game in the rFactor 1 engine. Image Space Incorporated had announced rFactor 2 during 2009 and we where discussing wether we should port the mod to this new instalment. Eventually, we decided to stop work in rF1 and planned to continue when the rF2 beta would be released.

As many of you might know, the wait was longer then expected.  We carefully followed up the progress of the Beta and used our own Megane Trophy as a guineapig to get accustomed to the rF2 workflow. Initially we stated not to release anything before rF2 would go Gold, but apparently this could take longer then expected, so here we go…

The Component package features a full car set for the 2009 Eurocup Mégane Trophy season and a selection of Endurance-spec Megane Trophy cars that are raced around the globe. The endurance spec Megane is lighter and more powerful than the Eurocup version of the car and also features a bigger 100 ltr. fuel tank.

(OPTIONAL) Vmod  –  This ready to use Vmod combines the RMT_Megane_Trophy Component with some of the ISI tracks.

To use the Vmod you need to have the following tracks installed: 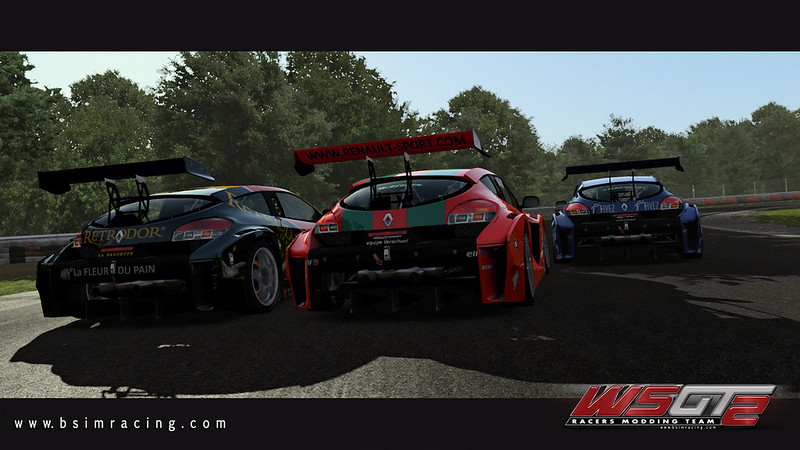