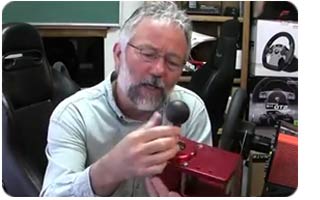 Sim Racing Review´s Doug Meyer checks out the Sim-Gear Lightning SST Shifter. The Lightning SST™ was engineered specifically for simulated racing. Designed by professionals to be used by professionals. This shifter uses a real ball & socket design, found in many standard shift automobiles, and offers a true H-style gate pattern with 8 gear positions. Ready out of the box with complete plug 'n play USB windows compatibility, so no extra hardware or software is needed.

END_OF_DOCUMENT_TOKEN_TO_BE_REPLACED 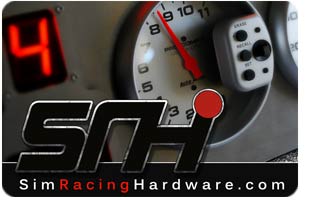 The " Silver Dash" is a special dash SimRacingHardware.com has build to a customer specification / design. It features Autometer analogue gauges, 3 LCD screens, gear indicator and digital speedometer as well as dual shift light arrays and a custom LED Pedal position gauge. The dash itself is custom made from 3mm thick, brushed stainless steel as are the bezels.

END_OF_DOCUMENT_TOKEN_TO_BE_REPLACED 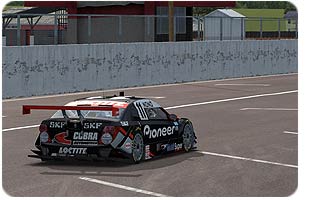 Reiza Studios released a new teaser shot of the Chevrolet Sonic on the Autódromo Internacional de Tarumã track. Back on March 13, Reiza Studio announced a future update release to the 2012 season of Game Stock Car Complete with all the new cars and rules, and a lot more. Renewed visuals, new content, and the best of it? Free for all owners of the original Game Stock Car!

END_OF_DOCUMENT_TOKEN_TO_BE_REPLACED 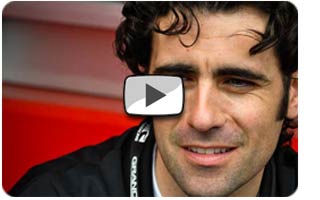 The well known IndyCar Dario Franchitti driver tests the virtual 2012 IndyCar on the SimRaceway platform. The sim rig appears to be D-Box motion powered. Its always nice to see a celeb have good fun in a Simulator. A few virtual laps after all the pressure of driving the real Indy monster, cant hurt.

END_OF_DOCUMENT_TOKEN_TO_BE_REPLACED 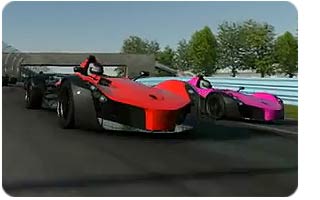 Project CARS. BAC Mono showcase at Conneticut Hill. Logitech driving force GT. In this video the time and weather cycle is sped up 60 times to show you the sunset and sundown. Video by TheChecho44

END_OF_DOCUMENT_TOKEN_TO_BE_REPLACED 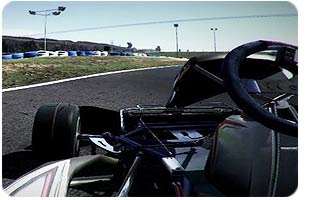 After a fairly silent period as far as news of this beautifull kart sim is concerned, the project seems to spring to life again. The sim has been in the making for five years now, and on and off their have been some development pauses. A few new shots appeared on the official facebook page, and forum discussions seemed t0 pick up again on the Racedepartment Website.

END_OF_DOCUMENT_TOKEN_TO_BE_REPLACED 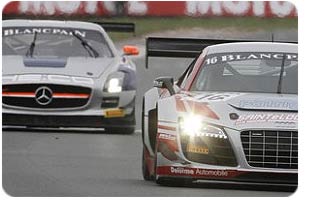 Positive results in the opening event of the European FIA GT3 Championship. At Nogaro (France) the AF Corse Ferrari 458 Italia pushed strongly in both race 1 and race 2. Stefano Gai-Michael Lyons duo took the double chequered flag in second and third position (race 1 Sunday, race 2 Monday). The Italian and British young drivers are at their debut in the hard FIA GT3 Championship but they are showing a great potential on the “Rossa” #51. The championship now moves to the Belgian circuit of Zolder for the second round on April 20-22.

END_OF_DOCUMENT_TOKEN_TO_BE_REPLACED 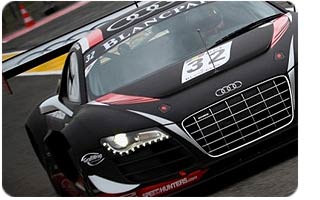 WRT made it two out of two in the 2012 season , when Stephane Ortelli and Laurens Vanthoor claimed victory in the first Championship race of the season, at Nogaro, in France. Frank Stippler and Oliver Jarvis taking second. The final podium place went to Tomas Enge and Albert von Thurn und Taxis in the Reiter Engineering Lamborghini Gallardo No.24

END_OF_DOCUMENT_TOKEN_TO_BE_REPLACED 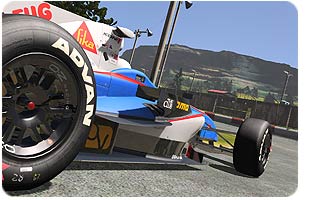 CTDP is showing us the first ingame screenshots of the International Formula Master mod for rFactor2. They where slightly delayed because of a problem that turned up regarding the normals of the model, but all looks fine now.

END_OF_DOCUMENT_TOKEN_TO_BE_REPLACED 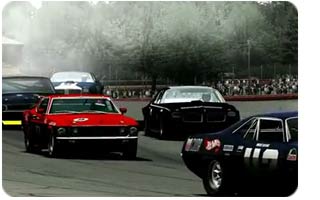 This is a nice video of the Second SimJunkies race of the Yeehawstorix series using the HistorX 1.9 mod for rFactor. If your interested in this series make sure to check out their website, and find out how and where to join the fun.