Kunos Simulazione already introduced the BMW M4 GT4 and the KTM X-Bow GT4 for the upcoming GT4 DLC. Now its time to introduce the 3rd of 11 new cars in the ACC GT4 Pack DLC. The Porsche 718 Cayman GT4 Clubsport.

The original Porsche Cayman GT4 Clubsport made its world debut at the 2015 Los Angeles Auto Show. Originally, the car was marketed as a single-seater state of the art track-day car, but soon found its way to the track to become a very competitive racing car.
The lightweight Cayman GT4 Clubsport was powered by a 3.8-liter dry-sump flat-six engine that pumps out 385 horsepower to the locking rear differential via a six-speed Porsche PDK transmission.

The new 718 Cayman GT4 Clubsport was developed mainly to compete in the SRO series in the GT4 class, the hardcore Cayman has gained multiple carbon fiber body panels such as the front and rear bumpers, hood, doors, hood, trunk lid, rear spoiler, and more.

While the ACC GT4 Pack DLC is reported to become available somewhere in July, the exact release date and the pricing have yet to be revealed. 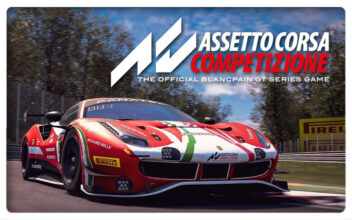