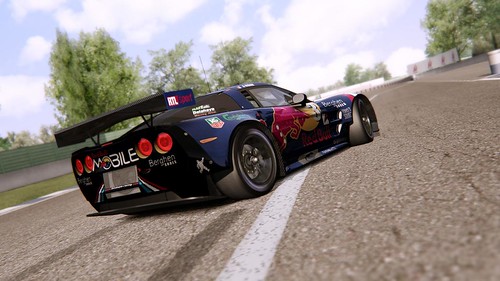 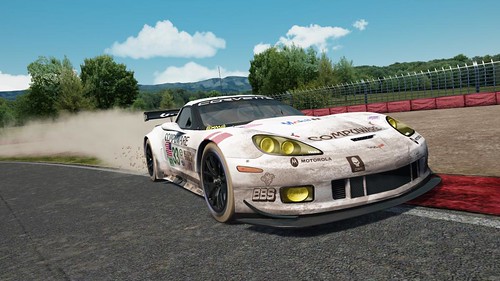 UnitedRacingDesign released BETA V3 of their Corvette C6R ZR1 for Assetto Corsa. This update brings you a selection of graphical enhancements, and optimisations. The team also worked on the  physics and implemented a new gearbox. Check below for the full changelog.

Last year URD released the original Corvette c6R GTE model for rFactor 2. The URD mod for rFactor 2 was released as a payware mod, but the Corvette  was available for free. Since then, SandroX has joined the team and took the Corvette in-game for Assetto Corsa by Kunos Simulazioni. As far as we know this model for Assetto Corsa will remain a free download. While the GT monster is already looking fine, the team will keep updating the model and physics. 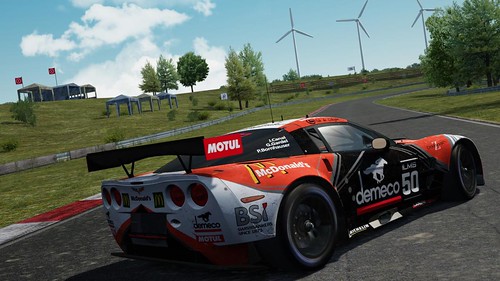 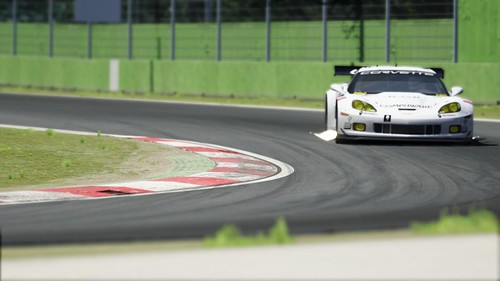 Replacing the Corvette C5-R, in 2005 the Chevrolet Corvette C6.R was a GT racing car built by Pratt & Miller and General Motors. The cars where engineered to compete GT1 class of the American Le Mans Series. The C6R’s also competed in the FIA GT Championship and the famous 24 Hours of Le Mans.

In 2012 the GT1 car could no longer be used due to regulation changes. The GT2 version raced on until it was replaced by the new Chevrolet Corvette C7.R raced by Corvette Racing in the United SportsCar Championship GTLM class.