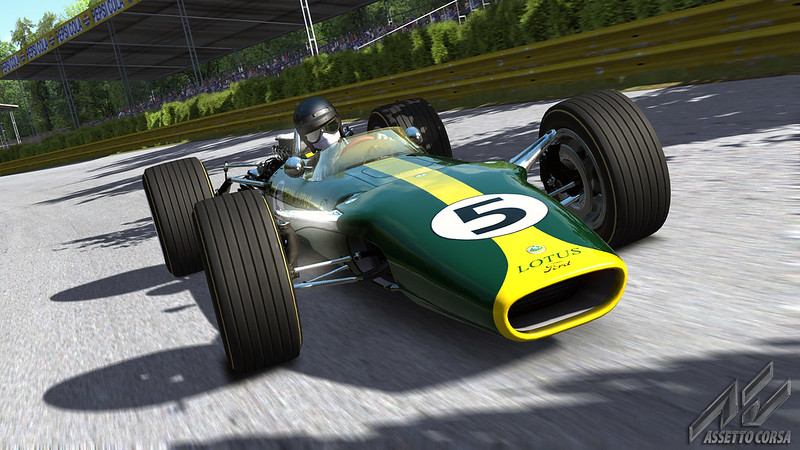 You know the drill… Whenever Kunos Simulazioni changes its Facebook header, we will post the screenshot that goes with it.
This time a very famous open wheeler. The Lotus 49 was a Formula One racing car designed by Colin Chapman and Maurice Philippe for the 1967 F1 season.

It was designed around the Cosworth DFV engine that would power most of the Formula One grid through the 1970s and was the first successful Formula One car to feature the engine as a stressed member.
Jim Clark won on the car’s debut in 1967, and it would also provide him with the last win of his career in 1968. Graham Hill went on to win that year’s title and the car continued winning races until 1970

Assetto Corsa is being designed to provide a very realistic driving experience, with single player and multiplayer options, officially licensed cars and tracks developed using Laser scan technology, and the highest level of accuracy possible in reproducing real world motor racing environments. Also, Assetto Corsa will allow for considerable customisation and modification, in order to satisfy the expectations of professional simracers, gamers who prefer to approach the driving experience more progressively, and hobbyists who just like to collect lots of cars and tracks.

Assetto Corsa takes advantage of the experience acquired by the Kunos Simulazioni team with the development of netKar PRO and Ferrari Virtual Academy, both titles being notable as two of the best in the genre for their advanced physics model and vehicle dynamics. Our R&D office, located just inside the international racing circuit of Vallelunga, allows the team to develop the game with the cooperation of real world racing drivers and racing teams.

The Assetto Corsa physics engine is all new, using practical knowledge acquired from working closely with the elite of motorsport in order to engineer the best possible accuracy of physics and tactility of feeling. A physics engine like this begs to be used with officially licensed content: As such, Assetto Corsa will include renditions of international circuits, global car brands, racing prototypes, historic cars, single seaters and some of the most iconic cars ever built, providing a complete, and exciting,racing experience! 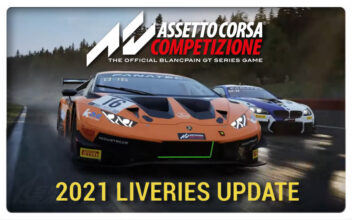