Today can be marked as an historical date in the young history of sim racing. It has been 12 years since a Porsche license has been acquired by anyone other than Electronic Arts who had an exclusive agreement with the legendary German Brand.

Now that the exclusive contract has been terminated, Kunos Simulazioni succeeded in acquiring its own Porsche license and today released volume 1 of the highly anticipated Porsche Pack DLC. Besides the new content, the Kunos development team also deployed a new build of the racing sim, bringing the version number to 1.9.

The official Porsche license (3 packs) consists out of three separate DLC packs containing a total of 21 Porsche models. Kunos Simulazioni will also release the Porsche Panamera, Macan, and Cayenne models as free content, bringing the total number of Porsche’s to 24. You can expect to see a free car added to every individual DLC.

A Season Pass is priced a a very reasonable €15.00 and will allow you to get all the 3 Porsche DLC packs through a unique purchase, saving you 28% of the full price. You can purchase it here. The individual DLC packs include 7 Porsche models and will be available for €6,99 on the PC, PlayStation 4 and Xbox One.

The Assetto Corsa Porsche Pack DLC Volume 1 for the PlayStation 4 and Xbox One is scheduled to be released in November.

Besides the new and exciting content, Kunos Simulazioni also deployed the Assetto Cora V1.9 update. First of all, the update includes some free content in the form of the classic Silverstone 60’s circuit and the new Porsche Panamera G2.

Most noticeable changes to the game engine are made in the audio department. The AC development team has reworked ttheFMod interaction within the game, optimizing memory and CPU usage and improving the all-around sfx engine.

Furthermore, the new update also introduces the official Sparco license featuring brand new driver suit and glove textures, a Time Table leaderboard in the pits and new additions to the Lap Time board. Multiplayer mode now features an Anti-Wrecker protection which should make online races more fair, and therefore more fun. Last but not least, all the  GT3 cars are now using tyre model 10. Needless to say, the update also contains numerous graphics and physics improvements enhancing the overall performance of the game engine. Check out the full changelog Below. 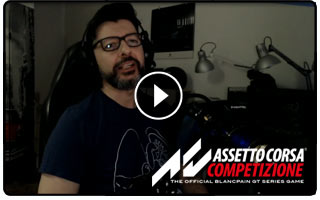