As usual, the AMS 2 Dev update takes us behind the scenes of the AMS 2 development. This month’s edition is packed with news of upcoming features and content. Read all about the Spielberg Historic track update, the upcoming full damage system, VR Spectator Cameras, and more.

Hello everyone! Happy to bring you all another round of our traditional monthly development catch-up.

The month of August has been buzzing with racing again as most series push to catch up with the time lost during the early months of the year due to the onset of the pandemic, and so it has been another productive month of catching up for ourselves as we have continued to push hard to make up some ground from our official release a couple of months back with a continuous flux of substantial core game updates – I dare say that with our latest v1.0.2.7 we have come closer to the standard we were hoping to be at when crossing that milestone.

This of course does not mean the game is already as good as it can be or that we have run out of things to improve and fix; Automobilista 2 is after all a long term project and there is plenty of items still on our to-do list for the coming months. There is a long road ahead still, but we hope those that have already come onboard are now properly enjoying the game and those that haven´t yet become gradually more convinced this is not a ride they want to miss out on

Along with all the core game development, there has been some great content added with the Silvertone Pack DLC released earlier in the month along with the Lotus 49C, Brabham BT26A, and later on, the awesome Mclaren MP4/12 with its special “brake steer” system as free additional content, rounding up a month heavily focused on classic open-wheelers.

Tin top fans should not frown however, as anyone who has seen the dev roadmap in the official AMS2 website can attest, there are plenty of goodies still to come for those who like a roof over their head!

Bringing it all Up to Spec

It´s not all about bringing in the new content however, as with Automobilista 2 we continue to strive to keep every car and track up to a reasonable standard, so that the package works as a whole, as this will be important for what will come later on in its development cycle.

Some of this work is already in progress – August has seen the picturesque Spielberg Historic receiving a substantial revision relative to its original release, as you can see from the comparisons below: More of the “older” content should receive similar revisions as we continue to learn how to get the best out of the Madness engine.

Speaking of exploring the resources of the Madness engine, we have now begun the work on implementing its full damage system to all cars, with scratch & dirt maps along with deformable mesh and a bigger set of detachable parts to all cars in the game – currently only the Ginettas and more recently the Stock Cars from 2020 are using all of these resources, but by the next update we´re hoping most if not all cars in the game will feature some proper wear & tear looks as per below: The latest version has also seen the introduction of the Director Suite, to offer more broadcasting tools for leagues looking to stream their races. We´re working on a new feature that should considerably enhance the experience of watching replays or spectating online with a VR headset, as the usual TV cameras (which most of the time currently aren´t best suited for VR) will be replaced by VR-dedicated cameras placed on grandstands, marshall posts and other interesting positions on the race track one could reasonably access if you were just roaming around trackside with a very special general admission ticket.

It should add a cool new dimension to spectating races in VR, allowing one to get a sense of how it is to sit on the main grandstand at Interlagos or at the top of the hill in Mount Panorama, and even get to do some time travel if used with a historical car-track combo, going to sit up close to the fence at Silverstone to hear late 90s V10 cars flashing by!

Here´s a video to give an idea of how it will work:

Camera positions, LOD, and sharpening settings are all WIP here of course and to some extent so is the audio, for which we have some interesting developments incoming that should really boost the experience of watching a race be it in VR or not – in any case, this gives an idea of how it´s going to work We will be gradually adding these VR cameras to all tracks in the game over the coming updates, with the initial batch already coming with the September update.

Since we have touched on the topic of audio development, we´d like to assure again that similar efforts are also ongoing to improve every area of the game – some on the short term, others on the longer-term but generally you can expect AMS2 to play, look and sound better with every monthly update, and also become a more pleasant game to use as more quality of life improvements are integrated and further customization options added so users can tune it more to their own preferences.

To give a better clue into this ongoing process, below you have the unusual preview of what our code taskboard looks like, giving you a glimpse into the various tasks we have worked on, are currently working or will come to work in the near future – there are similar boards for every development front in the game, and they are constantly expanding not only to include the developments necessary to fulfill our own plans but also to attend the more common requests we gather in any of the ongoing feedback topics here in the forum and in other communities: So while can´t promise to deliver on everyone´s personal wishlist within a couple of updates, we can at least assure we´ll be giving our best shot to implementing any reasonable request we come across towards making the game better.

Then there is the content – as you know from the last July Dev Update there is plenty of cool cars currently in the works, with a number of previously announced Classic Touring Cars to be added to the game in our next update towards the end of September – but we´ll share more from these along with a couple of unannounced surprised as we progress through the remaining weeks

We have commented before in one our August releases but it´s worth reminding in case you missed it that we have launched two extra Steam packages for those interested in Automobilista 2 and/or its DLC:

This pack does NOT include the tracks featuring in the future Expansion Packs or the Historical Track Pack DLC, and it is designed for those with interest in these premium tracks but would rather commit to a smaller, shorter-term investment than the 2020-2021 Season Pass.

The Automobilista Ultimate Edition + Automobilista 2 Bundle is a limited time offer for AMS1 fans looking to make the jump to AMS2, or AMS2 owners and want to check how the predecessor compares.

For those who don´t own either, this is the complete Automobilista Experience in one Single Package! Get Automobilista 1 Ultimate Edition (including all DLCs) AND Automobilista 2 with a special 25% discount on the overall price! If you already have one or more items of this package, you get 25% off for the items you do not yet own.

Giving Credit Where Credit is Due

This seems like an appropriate time to give a shout-out to Slightly Mad Studios and their considerable contribution in the making of Automobilista 2 – not just for developing a great sim racing engine and licensing it out to a small studio such as our own, giving out well over one year of continuous support to help us get the best of it, but doing all of that without taking a single penny in advance, or even for a few months into its release to ensure we were able to continue developing it to the best of our ability – all this made clear to us that more than anything they wanted us to get as much out of it as we could, and they certainly went out of their way to supply us with the means to do it.

This is most unusual in the gaming industry and for all that we owe them an immense amount of gratitude, as we did to ISI before them – anyone who already enjoys AMS2 or comes to enjoy it in the future as we continue developing it should be able to appreciate their contribution to making it a reality.

Wherever you land in the spectrum of racing game preferences, we should also all try to be happy with the range of great options currently in the market catering for the diversity of tastes that do exist, and recognize the role SMS played from GTR onwards in helping to make sim racing what it is today – we are all better off for it

That´s all for the month of August folks – we´re back to work now and looking forward to having made further progress and having more good news to share by this time in September! 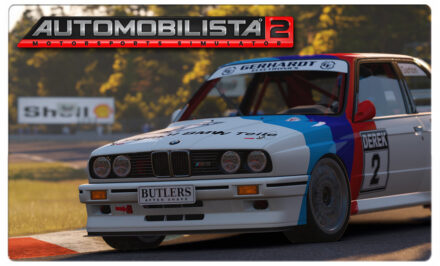 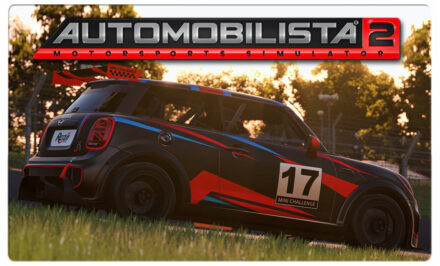 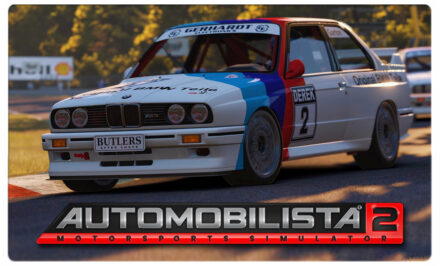