A week ago, John Sabol of Inside Sim Racing presented his “Getting Started Guide” for the upcoming Codemasters F1 2017 title. In that video, John checked out all the settings and options of the F1 2017 PC version and talked about how the new game differs from last years F1 2016 release.

With only one more day to go before the release, it’s time for the full review of the latest iteration of the official video game of the 2017 FIA Formula One World Championship. John and Billy take an in-depth look at all the new and returning features of the game, and try to decide if this year’s Codemasters F1 title is an evolution or revolution. After a thorough test session, the ISRTV crew list their pros and cons and share their personal thoughts.

Let’s find out if F1 2017 is a worthy title for Formula 1 fans, casual gamers and sim racers alike.

F1 2017 the game will feature all the rules, cars, teams, and drivers of the Formula One World Championship and lets you drive some of the most iconic historic cars ever raced in Formula 1. The game will feature an enhanced career mode, numerous multiplayer improvements, a brand new ‘Championships’ game modes and much more.The included classic cars will be available to play in several modes, including online multiplayer and time trials.

eSports company Gfinity and Codemasters announced that in a long-term partnership with Formula 1 they will host the first official 2017 F1 eSport Series. With this initiative, Formula 1 hopes to reach a wider audience and especially attract younger fans as future F1 enthusiasts. So just as Mclaren predicted, it might not be long before all F1 racing teams have their own virtual counterparts.

The inaugural F1 eSport season will start this September following the launch of the Codemasters F1 2017 game on PlayStation4, Xbox One and Windows PC on August 25th. During the month of September, the competitors will take part in an online F1 2017 qualification system that will determine the 40 fastest drivers which will go on to the live semifinals held at the Gfinity Arena in London on 10 and 11 October. To qualify for the semi-finals, the competitors will have to race on the virtual versions of the Monza and Suzuka circuits.

The Top 20 semi-finalists will qualify for the finals, which will take place as part of the prestigious 2017 Formula 1 Etihad Airways Abu Dhabi Grand Prix this November. At the end of a three-race event, the first Formula 1 Esports World Champion will be crowned on the same weekend as the final 2017 Formula 1 Grand Prix.

Alongside the pride and prestige of being the first-ever champion, the winner will also be the Formula 1 Esports Champion Expert for 2018 and will automatically qualify for the semi-finals of next year’s Formula 1 Esports Series. The first winner will also be offered the opportunity to live the full experience of a Formula 1 race by attending one of the 2018 Grands Prix, as well as becoming a character in the F1 2018 game: a timeless reminder of his or her accomplishment. 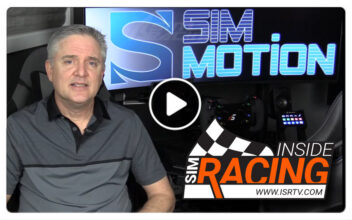