In this first DiRT 4 Dev Diary, Codemasters community manager Christina McGrath shares some details about the different DiRT 4 editions that will become available.

Furthermore, Codemasters included a video which introduces the innovative “Your Stage” track generator. Double FIA World Rallycross Champion Petter Solberg and rally driver Kris Meeke who both were involved in the development of DiRT 4, share their personal thoughts on the “Your Stage” feature which allows you to produce an almost infinite number of unique rally stages with a few button or mouse clicks.

Dirt 4 will let you generate your own tracks to race on using an innovative rally route creation tool called Your Stage. When selecting one of the five available rally locations (Australia, Spain, Michigan, Sweden, and Wales) you will be able to customize a selection of track parameters by the use of simple sliders.

If you do not like the result, you can just start over by just clicking the Generate button and create a new one. Besides driving your generated track, you will also be able to share your creation with fellow Dirt 4 players and challenge them to beat your time.

Paul Coleman, DiRT 4’s Chief Game Designer, commented: “Your Stage is something that we have been working on since the launch of DiRT 3 in 2011. It allows players to generate an almost infinite variety of stages at all of the rally locations in DiRT 4. It’s a revelation as now our players will get the thrill of driving a new stage whenever they want.”

“It is extremely simple for you to create a stage but, behind the scenes, we have an extraordinarily complex series of rules and algorithms that put these routes together. Your Stage creates such a huge variety of routes, some that we would never have thought of crafting before, and they’re amazing to drive.”

With DiRT 4, Codemasters have sought to combine the levels of thrill and realism from last year’s DiRT Rally with the fearless excitement, accessibility and adrenaline-fuelled races previously seen in its critically acclaimed prequels DiRT 2 and DiRT 3.

Featuring classic rally racing that continues to build on the foundations set by the Colin McRae Rally games, the bruising contests from the official FIA World Rallycross Championship, the crazy battles of racing trucks and buggies, and the outrageous fun of open events in Joyride, players will face challenges from locations that span three continents. 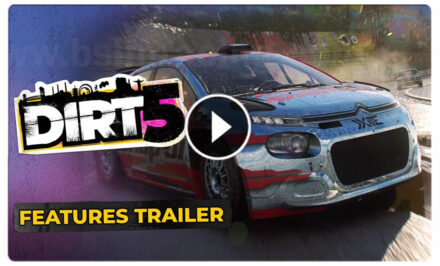