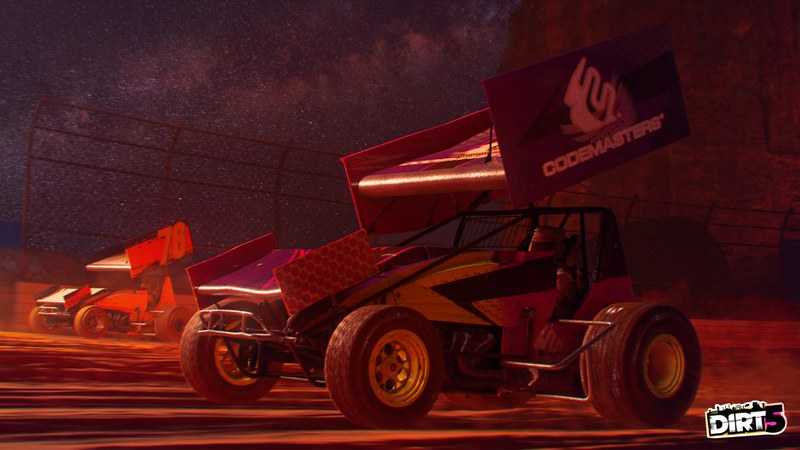 On October 9 Codemasters will release DIRT 5 for the current-gen consoles and PC and will announce a next-gen Xbox Series X and PlayStation 5 console release later in the year.

It is obvious that Dirt 5 is not a racing simulator, and that it is purely developed to generate as much racing fun as possible. However, this does not mean that the cars and their behavior need to be full blast arcade style. Sim racers who are in the market for some good oldfashioned of-road racing fun flavored with some simcade game elements to spice things up, will surely enjoy the variety of vehicles available in the game.

Codemasters now revealed a list of the vehicle classes that will be part of the Dirt 5 content. As they race towards DIRT 5’s launch date, more detailed info, car models and in-game screenshots of these car classes will be revealed.

The PC version of DIRT 5 is on pre-sale via Steam for €54,99. The DIRT 5 Amplified Edition on pre-order for €74,99. The System requirements are yet to be announced. 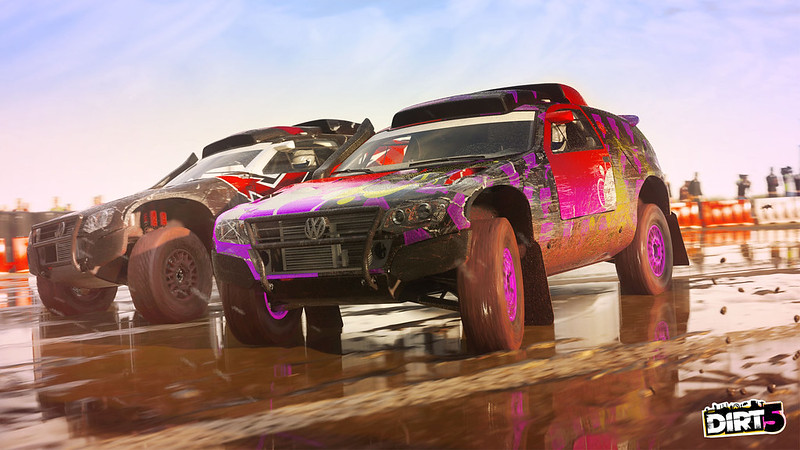 Huge wheels, mad suspension, a big rollcage, and that’s about it. Oh, and you’re in the middle of it all. DIRT 5’s rock bouncer is purpose-built to conquer the most intimidating terrain. Use its traction, acceleration, and flat-out stubbornness to beat all obstacles in our most extreme events. 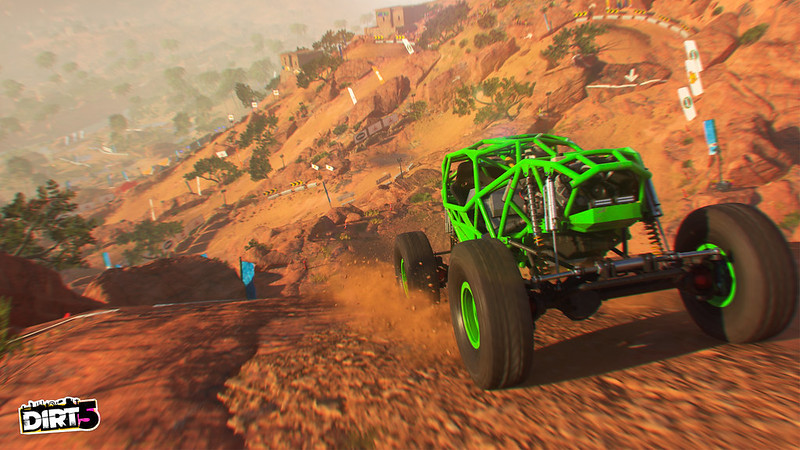 This class houses our monstrous WS Auto Racing Titan – a true off-road beast with huge ridged tyres and incredible power. Ideal for DIRT 5’s Stampede events, the Formula Off Road class is where you go for something capable of traversing just about anything – and fast.

A staple of DIRT games, the cars in our rally cross-class are designed for all-terrain speed and getting sideways as soon as possible. Perfect for our tighter circuits and twisty corners, the likes of the Peugeot 208 WRX can turn on a dime and go from 0-60 almost as quickly.

Roll back the years with iconic machines that popularized the concept of going fast and flat-out on any possible terrain. From the Fiat 131 Abarth Rally, to the Porsche 924 GTS Rallye, these off-road heroes will remind you that age is but a number with some serious power and performance.

A golden age of off-road racing, no DIRT game would be complete with some of the most successful off-road cars of the 1980s. We’re combining series favourites such as the Ford RS200, with incredible newcomers like the Porsche 959 Prodrive Rally Raid, for a class that just gets better over time.

Relive a time when off-road truly went mainstream, and recreate rivalries with the Subaru Impreza S4 and Mitsubishi Lancer Evo VI. We’re also giving some love to the more pint-sized extreme machines of the 1990s – keep an eye out for those! 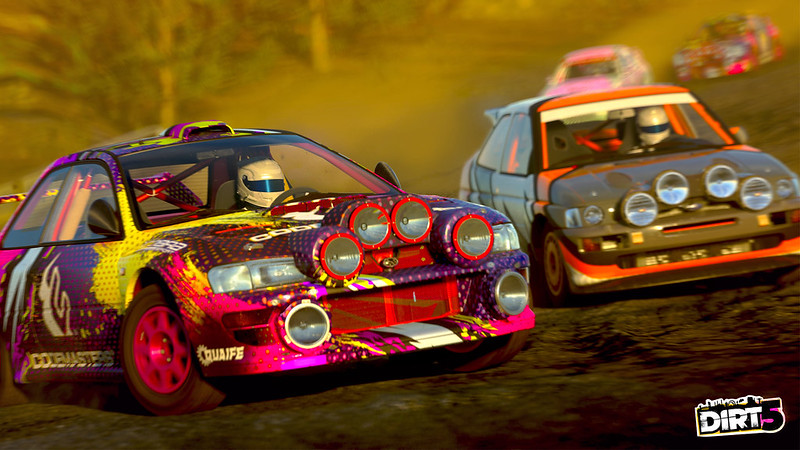 Take today’s powerful and incredibly engineered off-road racers into a completely new world. The likes of the Citroen C3 R5 represent the peak of modern mechanical race-craft, which you’re free to tear around DIRT 5’s unique extreme locations and events – both circuit and point-to-point. 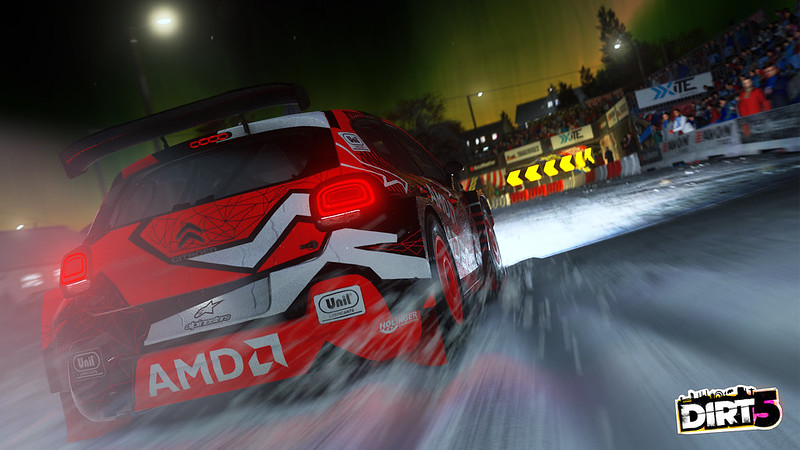 Even the most refined GT cars built for tarmac can’t help but get DIRTy. The Rally GT class brings you these desirable cars kitted out with off-road specs, including the Aston Martin V8 Vantage GT-4, and Porsche 911 R-GT.

The DIRT 5 class dedicated to our truly incredible sprint car, sporting wheels of all different sizes, huge wings, and 900bhp – perfect to rip up dirt oval tracks and get sideways. A unique class for unique racing experience. 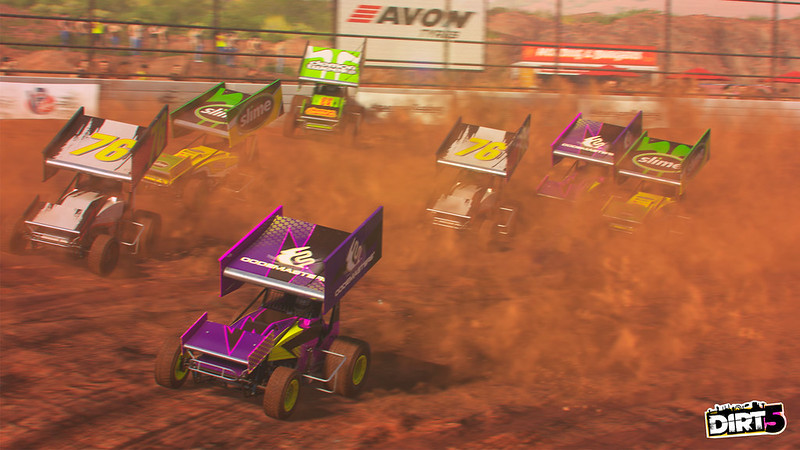 Think of the best road-going SUVs and all-purpose vehicles. Now think of them draped on off-road kit and suped-up for extreme racing. That’s the Pre-Runners class, featuring incredible race-ready versions of the Aston Martin DBX and Cadillac Escalade 2020.

Trucks. Big trucks. Trucks built for the most demanding off-road events in the world. Trucks that’ll give you the confidence to floor it and power over all the rugged terrain DIRT 5 has to offer. Jump in the Jimco Unlimited Truck, Brenthel Industries Unlimited Truck, and more and show the most challenging events who’s really in charge.

Low on excess weight, high on action, these rockets have power-to-weight ratios that’ll make your eyes water. Have fun taming the Ariel Nomad Tactical, Exomotive Exocet Off-Road, and more. These compact cars are built for all-terrain speed and an all-out assault on the senses. 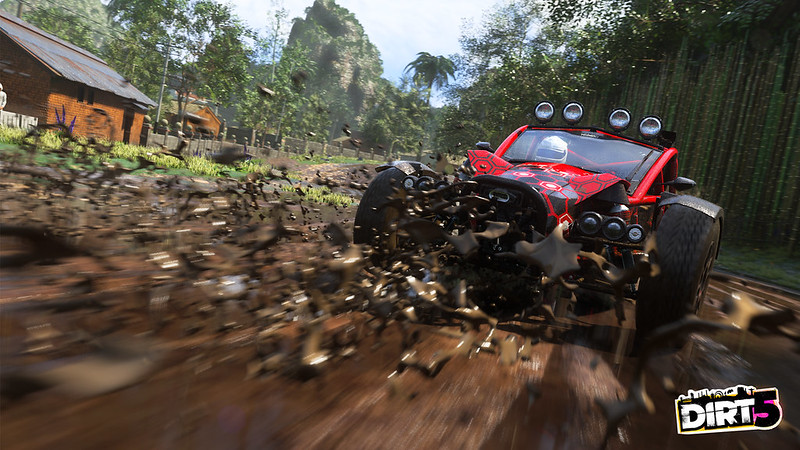 The car classes for DIRT 5 are a huge part of DIRT 5’s focus on fun, variety, and extreme action. Stuart Boyd, Producer on DIRT 5, explains more:

Variety is a massive part of our vision for DIRT 5, and we’ve made sure that this is represented in the game’s car classes and car roster. One moment, you’re tackling the most challenging terrain in a huge rock bouncer; the next, you’re blasting through a multi-surface circuit race with rallycross cars heavy on speed and grip; and then you’re carving a path through jungle-like routes with lively buggies and unlimited trucks.

Of course, alongside those new vehicles and classes, we had to bring in some iconic off-road cars that no DIRT game would be complete without. The style, vibe and features of DIRT 5 mean that you can take those legendary cars and race them in a totally new experience. You may’ve been behind the wheel of some of these beasts before – but not in a game like DIRT 5.

Combine those car classes with our 10 brand new locations, huge slate of event types, and dynamic extreme weather which completely transforms the handling and gameplay feel. The amount of different experiences to drive in just goes off the scale – we can’t wait for you take it all for a spin!” 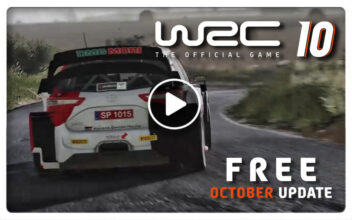