Codemasters has released the IOS version of their F1 2016 title and so becoming the official mobile game of the 2016 FIA Formula One World Championship.

F1 2016 runs on all iOS 9 and iOS 10 devices. The mobile version is developed in partnership with Exient, who worked hard to let F1 2016 take advantage of the new A10 chip in the new iPhone 7 wich enables the game to render 1.4 million polygons on-screen while also applying an array of console-level post-processing effects and multi-sampling anti-aliasing.

Just as its big brothers on the PlayStation 4, Xbox One and Windows PC, the mobile game features all the official teams, drivers, and circuits, including the brand new Baku City Circuit, from this year’s Formula 1 season. F1 2016 Mobile boasts four game modes being , Quick race, Full season, Custom season and Time trial.

F1 2016 will also become available for Android devices and Apple TV in the coming weeks.

This version of F1 2016 has been developed specifically for mobile devices but continues to deliver a console quality experience in terms of gameplay and graphics. Every car model and every circuit has been optimised from the full console game to ensure the highest quality experience, and we have pushed the technology to the absolute limits.

Whether you want a quick race on your favourite circuit or an entire season of races containing practice sessions, qualifying and full length race sessions, it has been designed for playing on the go with flexible game modes that allow you to get straight into the action. The F1 2016 mobile game is great to play whether you are commuting, waiting for friends or sat at home on the sofa.

There are four different control schemes as well as a full suite of driver assists and in game options that let you create the experience that suits you,” continued Ian. 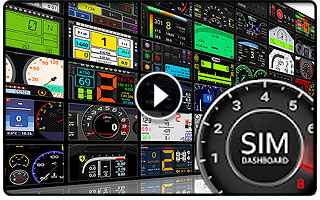