Bigben Interactive has announced the FIA European Truck Racing Championship title, which will be the official racing simulation of the ETRC. The game is under development by the Kylotonn development studio located in Paris, France.

The FIA European Truck Racing Championship game is being developed using Kylotonn Games in-house KT Engine which you might know from racing titles such as WRC, TT Isle of Man, and V-Rally.

A FIA ETRC championship consists of eight rounds where 12 racing trucks compete in four sprints of 45 km each round. A truck racing game features special passing techniques, physics, and inertia distinct from any other type of vehicle, special penalties, and a reservoir of 200 liters of water that must be managed manually to cool your brakes, avoid overheating and finish the race.

If all goes as planned, the ETRC game should be available on PlayStation 4, Xbox One, PC, and Nintendo Switch in July 2019. We will keep you posted when more details are available.

FIA European Truck Racing Championship promises a new experience for fans of racing games as well as a large number of trucking simulation fans. Taming an overpowered, 5-tonne monster is entirely different than driving a race car or a motorcycle. It’s an unprecedented challenge that will require some racing game expertise.

In this game, a FIA ETRC race consists of 12 trucks on a circuit, facing off in four sprints of 45 km each, with special passing techniques, physics and inertia distinct from any other type of vehicle, special penalties, and a reservoir of 200 litres of water that must be managed manually to cool your brakes, avoid overheating, and finish the race.

“We are delighted with the quality and attention to detail within the official racing simulation for the FIA ETRC designed and produced by the renowned Bigben company. The techniques employed by those engaging with this educational, fun and detailed software mirror those faced by truck heroes whether on track or on the road. It also shines a light on how skillful and dedicated you have to be in mastering the intricate controls of a large scale vehicle like a truck. We cannot wait to embrace the FIA European Truck Racing Championship when it is launched on multiple formats this July, and we are sure that thousands of ETRC fans will be delighted with this fascinating engagement which will help breed new truck heroes all over the world.” says Georg Fuchs, Director of ETRA

For several years, the championship has grown quickly and draws a larger and larger crowd every year. The amazingly spectacular races have ignited a growing passion for the discipline, and the media gives it wide visibility. The confrontations between these mechanical behemoths take place across the greatest circuits in Europe such as Le Mans, the Nürbürgring, Misano or the Hungaroring. 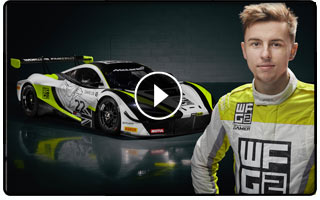 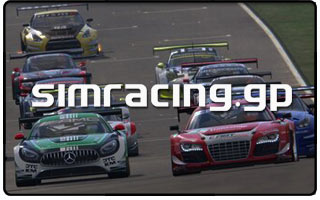