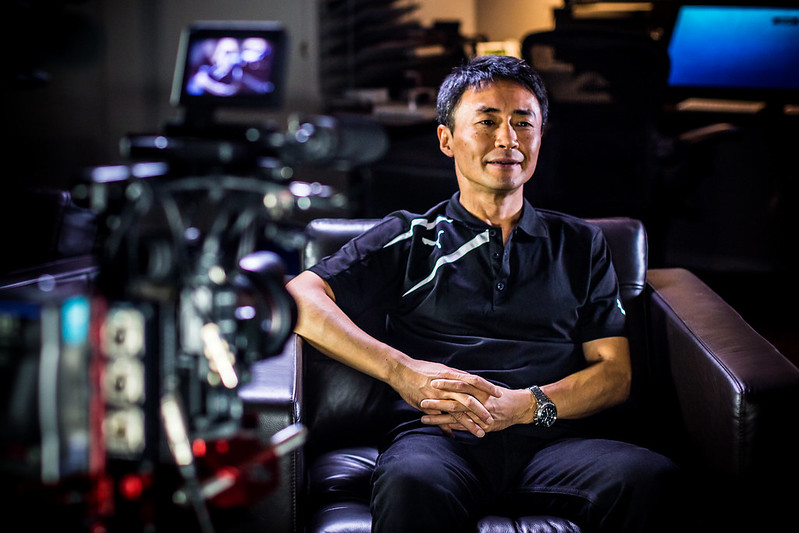 At the 2014 edition of The Goodwood Festival of Speed, Kazunori Yamauchi did an interview with a Eurogamer reporter and commented on the latest announcement that the engine sounds quality in Gran Turismo will be addressed. He also revealed that there will be no Prologue version of Turismo 7. The development team is working on the full version.

From this interview we can also make out that the decision has been made that Gran Turismo 7 will keep the standard car models that are already in the previous releases. This was a rather unexpected statement, because of the fact that many GT fans out there would gladly trade of the older models for some more premium cars.

In an interview with Eurogamer, Kazunori Yamauchi said “I doubt that we’ll be throwing away the standard cars,” said Yamauchi. “Each car has its own fans. So I think we’ll hang on to the archive. In the meanwhile, some of those cars we may be able to make into Premium cars as they become available – but basically we’re more focussed on increasing the number of premium cars.”

“I think the quality of the sounds in Gran Turismo 6 will be improved, but most of the work will be done in Gran Turismo 7.” Furthermore, Kazunori stated that  “the major update to the sound will be coming in GT7, so don’t expect anything on that front from the July update.” This leads us to think that GT6 might not get the update anytime soon.

Also at Goodwood, in an “Ask me Anything” Q&A Kazunori revealed that the famous Photo-mode feature will be improved. While the Photo-mode was highly popular in the GT4 version, in  the fifth and sixth versions of Gran Turismo this feature seemed to have degraded in quality.

Kazunori who is a photographer himself, admitted that he is not happy with the current state of the feature and explained that the PS3 architecture is the reason for the lesser quality of the feature. He assured the interviewers that in the future, the Photo-mode will remain one of the base features of Gran Turismo. With GT7 switching to the new PlayStation 4 architecture, we might see a significant change in how the photo-mode will be implemented.

Last but not least, Kazunori Yamauchi revealed that the long awaited Track Maker for Gran Turismo 6 is now in beta test phase. At this time there is no release date set.